Why i resigned from Tinubu’s campaign team 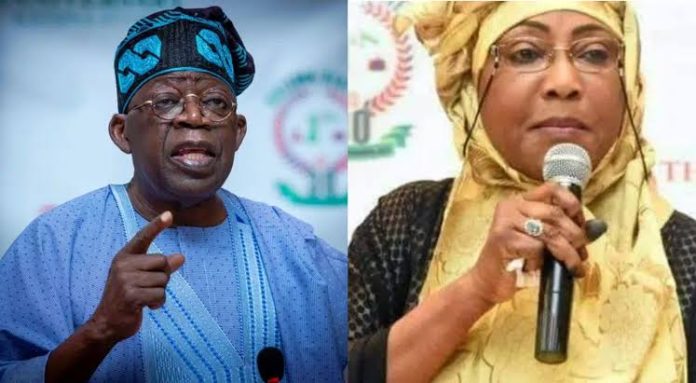 Before her resignation, she was the Director of Civil Society in the Presidential Campaign Council of the ruling All Progressives Congress.

Naja’atu’s resignation is coming one month to the presidential election.

Her resignation letter was directed to the APC National Chairman, Abdullahi Adamu, in which she decried the state of the nation.

She said recent developments in the political and democratic space made it impossible for her to continue participating in party politics.

“The challenges that Nigeria faces today require me to continue championing the struggle for a better country with a clear conscience as I remain absolutely loyal to Nigeria,” Naja’atu said.

She noted said she left the scene after realising that her values and beliefs no longer aligned with party politics.

Naja’atu observed that party platforms have no ideological differences and are “robes that politicians wear to serve their personal needs and interests.”

“I am committed to supporting individuals that are truly interested in addressing the root causes of our challenges. To remain true to such commitments, one must be willing to take bold and decisive steps,” she added.

Naja’atu said the problems required the consolidated efforts of competent and patriotic leadership across every level of governance.

Hajiya Naja, as fondly called, advised Nigerians to be aware of the consequences of their decisions and their choices in the 2023 elections.