WHO raises alarm over resurgence of Ebola DR Congo 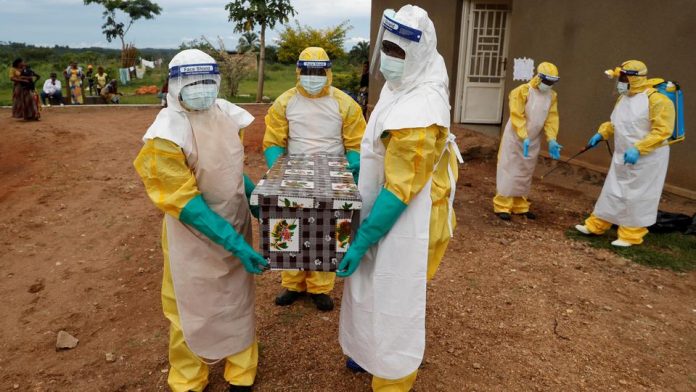 The World Health Organisation (WHO), has confirmed the resurgence of Ebola, one of the deadliest diseases in the world, in the Democratic Republic of Congo (DRC).

According to a statement by the WHO, Congo made the announcement on Monday following the confirmation of one case in the country’s eastern province of North Kivu.

“She received care at the Beni Referral Hospital, initially for other ailments, but subsequently exhibited symptoms consistent with Ebola virus diseases,” the statement reads.

“Both the Beni and Goma branches of the country’s National Institute of Biomedical Research (INRB) confirmed Ebola virus in samples taken from the patient.

“Analyses showed that the case was genetically linked to the 2018-2020 Ebola outbreak in North Kivu and Ituri Provinces—the country’s longest and largest.”

“However, health authorities in North Kivu have successfully stopped several Ebola flare-ups and building on this expertise will no doubt bring this one under control quickly,” she said.

The WHO said its staff and health authorities in Congo are working to stem the spread of the disease, having identified 160 contacts whose health is being closely monitored.

“Investigations are ongoing to determine the vaccination status of the confirmed case,” the statement reads.

“There are 1000 doses of the rVSV-ZEBOV Ebola vaccines available in the country’s stockpile, 200 of which will be sent to Beni this week.

“Ring-vaccination—where contacts and contacts of contacts are vaccinated to curb the spread of the virus and protect lives—is expected to begin shortly.”

Congo has recorded 14 outbreaks since 1976 — the 14th declared on April 23. The country announced the end of the outbreak on July 4.