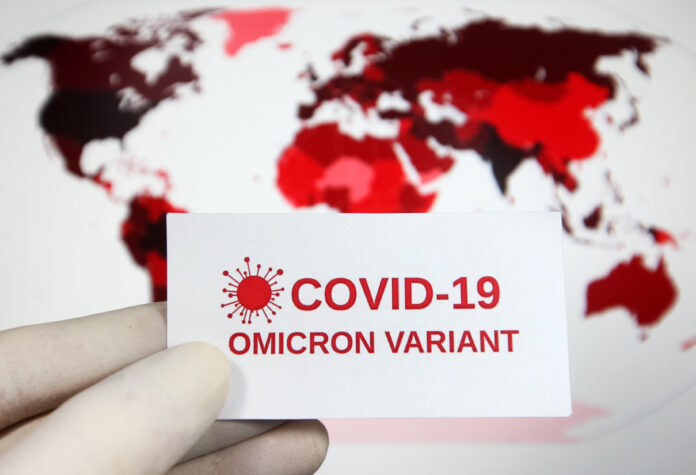 Mass vaccination in parts of the world is the best way to stop the surge of Covid-19 variants, say experts

It was a prediction foretold. If not enough of the world’s population is vaccinated, then Covid-19 and its variants may be with us for a very long time. Omicron, the new variant sweeping through the world at the moment, is proof positive of that. By mid-December 2021, at least 57 countries across the globe had the fast-spreading variant, among them 11 African nations: South Africa, Nigeria, Ghana, Botswana, Uganda, Zambia, Senegal, Tunisia, Mozambique, Namibia, and Zimbabwe.

The existence of the Omicron variant was first made known to the world by the South Africans through their testing and genome sequencing surveillance, although there is a growing body of evidence that the variant was already existing elsewhere, probably in Europe. In late November 2021, the World Health Organisation, WHO, designated Omicron as a variant of concern on the advice of WHO’s Technical Advisory Group on Virus Evolution, TAG-VE.

However, the world is still learning about the variant. According to WHO, it has several mutations that may have an impact on how it behaves, for example, on how it easily spreads. In South Africa where there have been clusters of the variant, the rate of positive covid tests climbed to 26.4 per cent by mid-December, although the surge did not overwhelm its hospitals. This is prompting some optimism that Omicron may just cause mostly mild illness. Even when America’s first case was first identified, Anthony Fauci, United States’ top health official and leading Covid-19 adviser to President Joe Biden, said “We feel good that this patient not only had mild symptoms, but actually the symptoms appear to be improving. However, Britain reported one death from Omicron by December 13.

Although the number of people testing positive for Covid-19 in South Africa has increased, epidemiologic studies are still continuing to understand if the increases are attributable solely to Omicron or other factors.

However, reactions from the rest of the world to the discovery of the new variant have come in form of punishment by the designation of some nations on the continent as red zones for the virus and banning international travels to and from them, even though there has not been any conclusive evidence that the variant started on the continent.

Antonio Guterres, UN secretary-general, described the move as “travel apartheid, which I think is unacceptable.

“What is unacceptable is to have one part of the world -one of the most vulnerable parts of the world economy- condemned to a lockout when they were the ones that revealed the existence of a new variant that, by the way, already existed in other parts of the world, including in Europe, as we know,” Guterres said.

Indeed. While most of the rich world is encouraging its citizens to take a third top-up vaccination, Africa is a long way behind. The continent, with a population of 1.386 billion people, had only procured 245.2 million doses of vaccines by mid-December 2021 and had administered 131.9 million, according to Africa Centres for Disease Control and Prevention, Africa CDC. Only 10.95 of eligible Africans have been partially vaccinated, while 7.35 have been fully vaccinated.

In the event, Africa has a long way to go, not only to acquire more vaccines but also to address vaccine hesitancy and rejection among its population. Tedros Adhanom, director-general of the World Health Organisation believes “Everyday six times more boosters are administered globally than primary doses in low-income countries. It makes no sense to give boosters to healthy adults or to vaccinate children when health workers, older people and other high- risk groups around the world are still waiting for their first dose

“Nations with the highest vaccine coverage continue to stockpile, while low- income countries continue to wait.” All of this is a “scandal” that must be stopped, Adhanom added.

The question is: with the panic and kneejerk reactions that have trailed the discovery of the Omicron variant, is anybody listening?

Soji Akinrinade
Soji Akinrinade, Editor-in-Chief of Newswatch magazine until May 5, 2011, has had a long and distinguished career in journalism, having worked for the News Agency of Nigeria, The Punch, where he was Features Editor and Deputy Editor and the Sunday Concord. He joined Newswatch in November 1984 as one of its three pioneer Associate Editors, and rose to the rank of Executive Editor and finally Editor-in-Chief in 2010. He was (and is still) affectionately called "The General" having been in charge of the Newswatch newsroom during the magazine's early years. A honours graduate of both the Northwestern State University of Louisiana, Natchitoches, LA, USA and the Henry Grady School of Journalism, University of Georgia, Athens, GA, USA, where he obtained his BA and MA degrees in journalism respectively, Akinrinade is a Nuffield Press Fellow of Cambridge University, Cambridge, UK. He is also a Fellow of the Nigerian Guild of Editors. He is a contributor to Ojukwu, published in 2012 by May-Five Media Limited which he co-founded with three other veteran journalists. In addition, he contributed to Newswatch Best and Jogging in the Jungle: The Newswatch Story
RELATED ARTICLES