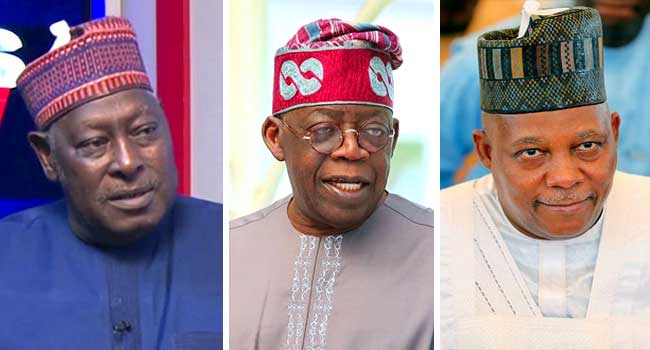 A former secretary to the government of the federation (SGF), Babachir Lawal has called on all Nigerians, especially people from the north to ensure that the Muslim-Muslim ticket of the APC does not succeed.

Lawal argued that the decision of the APC to field a Muslim-Muslim presidential ticket for the 2023 presidential election is a plan to divide the north.

The former SGF who is a member of the APC, made the comment when he appeared on Arise TV on Wednesday.

The decision has continued to generate condemnations from Christians in the country.

Speaking on Arise TV on Wednesday, Lawal said northern Christian politicians remain opposed to the same-faith ticket by the APC.

“The introduction of a Muslim-Muslim ticket by the APC or same-faith ticket is a wicked plan to further create divisions within the north. We try as leaders of societies to live as brothers and sisters, but out of the blue, this demonic proposition just came out of the blue,” he said.