Water’s enemies are around 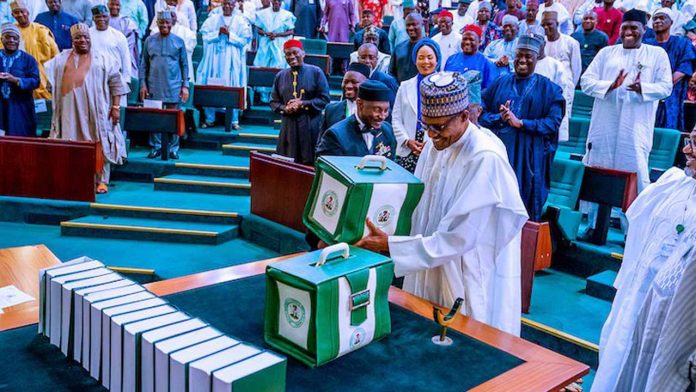 If Fela Anikulapo Kuti had lived till now he would have had to revise his song titled “water no get enemy.” That liberation musician was putting the matter as he saw it. If you go to the stream you can use the water to wash your clothes, your body and even catch fish that you find there. When rain falls it kills the dust on our many untarred and ill-maintained roads and makes travelling dust-free. When you open up the soil and drop your seeds the expectation is that the seeds will grow into plants that will feed the family. It does through the help of a friend: water.

When you work hard and are sweating, a bottle of water does the cooling and restores the body’s state to a situation of normalcy. In areas where rain does not smile easily at its residents and the residents do not therefore know why they should smile, technology comes to life and brings out water through a tiny hole in the ground. Water flows freely and the people are happy that their wretched life of waterlessness has been turned around by the magic of technology.

But sometimes, water can get angry because some careless or irresponsible people have chosen to block its passage. It then finds an alternative route, which it did not originally intend to use, giving us the warning that its passage must remain free in order that we, too, can enjoy our freedom. Water is certainly man’s faithful friend that needs no harassment. It serves us well in its habitat and makes the world go round for those who appreciate its importance and appreciate the need not to tamper with its freedom.

However, since 2017, some members of Nigeria’s National Assembly have been attempting to take its freedom away and give it to an incompetent manager of resources, the Federal Government of Nigeria through an obnoxious legislation called Water Resources Bill.

In 2018, a bill was registered at the National Assembly for an act to establish a regulatory framework for the water resources sector in Nigeria, provide for the “equitable and sustainable development, management, use and conservation of Nigeria’s surface and ground water resources and for related matters.” Expectedly this bill generated a lot of controversy because it was handled in a hush-hush manner as if to say let’s rush it through parliament so that by the time the people wake up in the morning it will be a done deal. It will be a fait accompli, a closed chapter and a deadly nail on the coffin of our federalism.

One of the sections of the proposed bill states that “all surface and ground water wherever it occurs is a resource common to all people.” What this means is that the Federal Government will own all the water below and above the ground and the surrounding banks of river, stream or ocean. In that case those who live on the banks of the water body, who earn a living from the exploitation of the water resources and the resources available at the barks will be at risk of losing their source of livelihood. Besides, it will be an invidious attempt by the Federal Government to take, through the back door, land adjoining the water bodies, which is by the Land Use Act currently controlled by the state governments.

For years now, many activists, politicians and public intellectuals have harped on the need to restructure the country by devolving powers and resources from the centre to the 36 federating states and 774 local governments. No progress has been made in this direction. In fact the powers that be are sinking their feet into the ground and asking that more powers and resources be put on the plate of the Federal Government.

At the height of the debate on restructuring the ruling party, APC, had set up a committee of its party members headed by the Governor of Kaduna State, Mr Nasir El-Rufai, to examine the four corners of the issue. The team travelled to different parts of the country gathering information on the matter. That document, which would have changed the skewed structure in favour of a more workable federation if implemented has been ignored. Instead there have been stealthy ways devised to pile more powers on the plate of the Federal Government as the Water Resources Bill shows. That is why the bill has been roundly rejected by Nigerians and shot down.

The target of the bill is not clear but it is capable of affecting fishermen and farmers who live on the water banks. It is also expected that those who wish to sink boreholes for their domestic and industrial use would have to apply for and be granted licences before they can dig the ground. This is inspite of the fact that while water is an irreplaceable commodity the Federal and State Governments of Nigeria have not been able to supply potable water to majority of Nigerians. Only the rich are able to sink boreholes for their use.

In particular, this kind of acrimonious bill if pushed through will affect many communities living in the riverine areas of the Niger Delta who have been operating under very oppressive atmosphere where their ecosystem is already largely destroyed through crude oil production and gas flaring. We have had a series of militant activities in the Niger Delta region over the years on oil exploitation. We do not need to add another reason for more militancy to a region that has suffered from devastation for decades.

It is obvious that Buhari is incapable of solving most of Nigeria’s existential problems, which appear daunting, problems that have to do with power, education, health, infrastructure and most importantly insecurity. I know of federal roads that have remained decrepit and untouched for decades. The Calabar-Itu Road, Umuahia-Ikot Ekpene Road, Ikot Abasi-Aba Road, East-West Road have all been neglected for decades. You can add your own list to mine.

Look at education. Tertiary education in federal universities is dead for six months now through strikes. Recently, President Muhammadu Buhari told the ASUU fellows that they should go back to work, that “enough is enough.” They shot back by saying that enough is not enough, that the Government should resolve the issues that brought the strike about. At no time in the history of Nigeria were universities shut down at peacetime for so long. Is that an indication that the Federal Government is able to cope with its enormous responsibilities? Certainly not.

Perhaps even the most poignant example of the gross incompetence of the Federal Government is the state of the State House Clinic which the First Lady, Aisha Buhari led us into seeing that the place is just a sick facility with no ability to solve the health challenges of our leaders, which is why our leaders have had to do regular medical pilgrimage abroad.