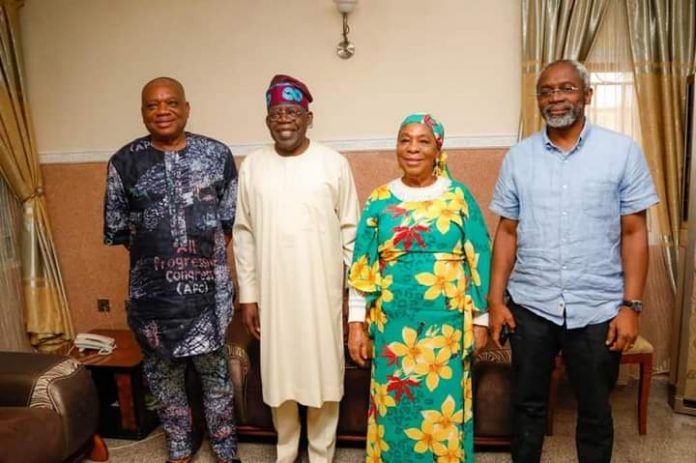 The Chief Whip of the Nigerian Senate, Orji Uzor Kalu has said the people of South-East extraction would benefit the most if the presidential candidate of the All Progressives Congress (APC), Asiwaju Bola Ahmed Tinubu wins the 2023 presidential election.

Kalu, while addressing newsmen in Abuja earlier today, said: “Let me be honest with you, we were governors together, he is a strategist, he will make the presidency benefit the Igbo,” he said.

“The Igbo people are going to be the biggest beneficiary of Tinubu’s presidency and you will see it. Hold me responsible.”

He said that he was not against a president of Igbo extraction, adding that becoming Nigeria’s president was not a regional issue.

Kalu said “I have no problem with an Ibo man becoming president, but we have to do it with other Nigerians.

“Mind you, I am an Ibo man to the core, I am also a Nigerian to the core and nobody can take that away from me.

“If anyone is to be nominated as president of Igbo extraction, I could have been the one, but I see it not feasible yet,“he said.

“This is a party business, I have no business with whoever is running, for me it is not personal, but it is political and a party affair.

“It is about a party winning the election, I have chosen to be in APC so why should I vote against Bola Tinubu, it is madness and I am not going to do it.

“It is the party you belong to that you will deliver, we will wait for another time to see how Nigerians will agree to zone the presidency to the east.

“But for now our presidential candidate is Bola Ahmed Tinubu and I will vote for him,“he said.

Kalu urged everyone who ran with Tinubu at the primaries to come together and deliver the party.

He said that there was no threat of impeachment by the opposition senators against President Muhammadu Buhari.

“We have the number to defend the President and Senate President on the floor.

“President Buhari has done well in most areas and we also had failures in some areas.

“I know senators were agitated about the insecurity and we have addressed the issue, we had a conference with the military,“ he said.

He said that the military were doing well by sustaining the pressure on the terrorists.