Sadio Mane may miss World Cup due to injury 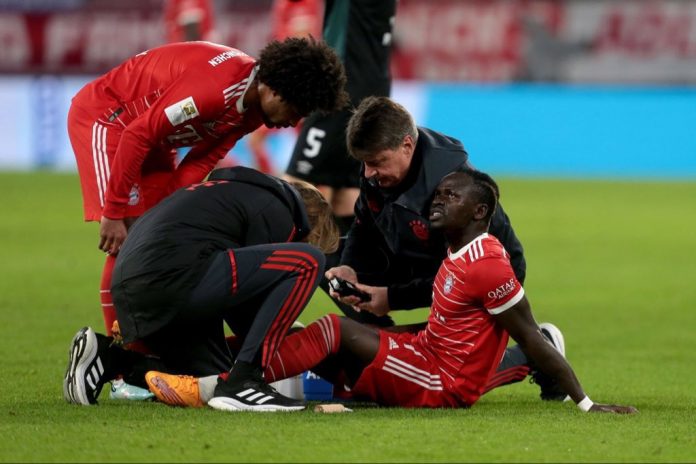 Senegal and Bayern Munich attacker, Sadio Mane may miss the 2022 FIFA World Cup in Qatar due to injury.

The 30-year-old got injured last night, lasting only 20 minutes before getting substituted during Bayern Munich’s 6-1 win over Werder Bremen in a German Bundesliga encounter.

But on Wgednesday, L’Equipe, the French football newspaper, reported that the Senegalese forward will likely miss the football Mundial due to a blow to his tendon muscle.

According to L’Equipe, Mane “is expected to miss several weeks of competition” — and this could mean absence from the World Cup.

The absence of Mane, who led Senegal to the AFCON title in January and ranked second in Ballon d’Or, would be a devastating blow to the chances of the Terenga Lions of Senegal in Qatar.

They are placed in group A alongside hosts Qatar, Ecuador, and the Netherlands in the competition set to take place from November 20 to December 18.