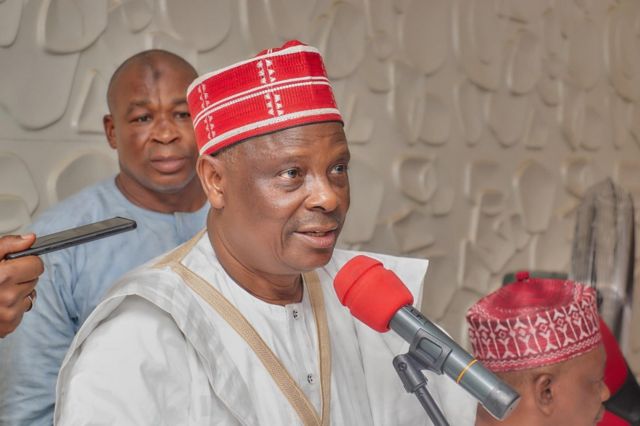 The former Kano governor spoke on Sunday when he was featured on Editors Forum, an initiative of the Nigerian Guild of Editors (NGE), in Lagos.

Kwankwaso said the APC and PDP have failed Nigerians, noting that some presidential candidates are shying away from debates.

“Now, people are not talking about parties. They are talking about candidates and individuals. The APC and PDP have failed Nigerians. That is why we are in this mess today,” Vanguard quoted him as saying.

“I am ready for debates. Let us put our cards on the table. Some of the candidates are running away from debates. Some of them should look at themselves in the mirror and tell themselves the truth. Some of them are our seniors. You cannot cheat nature. Anybody who says 2023 is his turn is making a huge mistake.

The NNPP standard bearer said Nigeria needs a minimum of one million people in the armed forces to fight insecurity.

He expressed concern over the insecurity in the north, saying the zone has been the worst hit.

“So many people have lost their lives and means of livelihood. Some are in the hospitals while some are internally displaced and cannot work,” Kwankwaso said.

“We believe that there must be security for us to experience progress and development.

“After studying the level of insecurity in the country, I believe that there is a need to recruit more military personnel.

“Considering the ratio of civilians to military personnel, there is a need to increase the number of personnel in the armed forces. We need a minimum of one million.”

On restructuring, he said it is only possible if there are good leaders committed to uniting Nigerians and upgrading security, economy, and education.

“If elected president, I will listen to Nigerians on the subject. I will be open to discussions and negotiations and also consider adjustments capable of moving the country forward,” he said.

“We are not going to be rigid on restructuring, especially in the areas of insecurity, economy and education. These three are crucial for development to take place.”

Kwankwaso also dismissed speculations that he is being pressed to step down for Atiku Abubakar, presidential candidate of the Peoples Democratic Party (PDP).

“That rumour is coming from detractors; it is just wishful thinking,” he said.

“NNPP is all out to win the 2023 election and there is nothing anyone can do about it. I know l will get the required numbers.”