Our democracy and the prospects of its ruination 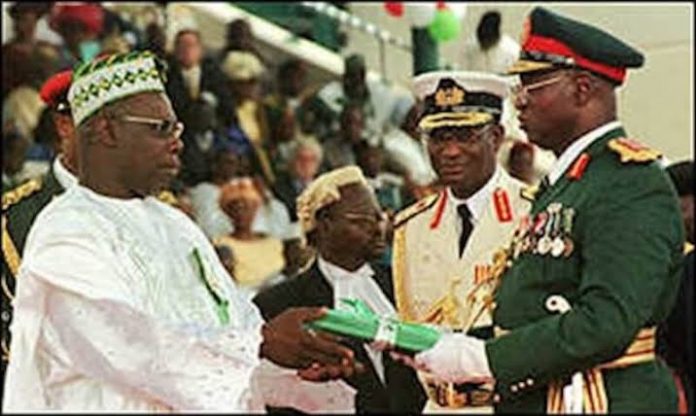 In the next few days, the political parties would have ended their controversial primaries and congresses. The rest of us will heave a sigh of relief and have some respite from the grating noise that has attended these exercises for the 2023 general elections. The primaries and the conventions were generally peaceful. It is worth celebrating in a country that has always viewed elections and the processes leading to them as war.

However, we should not take the relatively peaceful conduct of the primaries and the congresses as evidence that our politicians and our democracy are maturing. It seems to me that they have left some ashes in our mouths. They packed the worst exercises in incipient dictatorship and impunity. Obviously and regrettably, the godfathers are still not sleeping; nor has their power to anoint their beloved sons waned with time. Some elective office seekers found that too late at an immense cost to their political ambition. Our democracy is still the dictatorship of the wealthy and the powerful.

Ask President Ibrahim Babangida. He knew the danger the country faced with money politics. During his transition to civil rule programme, he tried to legally rescue our politics from the grips of the money men, also known as money bags. His attempt failed; the money bags survived – and smirked. With money politics, there can be no level playing field. The poor will be permanently relegated to the sidewalks of our national politics. Governance will suffer because not many of those who have the money to purchase power have the brains to be good and effective leaders. One good reason our nation tends to move along crooked rather straight lines. And because of money, we enthrone many a mediocre in critical positions of leadership. Money talks and you know-what walks.

What Babangida feared has crept up on our democracy. The primaries and the congress proved that money politics is the name of the game and the way to go in seeking for an elective office. Deep pocket? In; shallow pocket? Out. The systemic abbreviation of the people’s right to fully participate in their participatory democracy was in full bloom during the party primaries and congresses. Participation is the hallmark of our form of democracy. It promotes political pluralism; it guarantees the people’s right to choose their leaders in all elective offices. The people’s constitutionally guaranteed right as the custodians of power in a democracy cannot be denied them without causing some grievous injury to democracy itself.

The primaries and the congresses threw up at least three sources of danger to our democracy. The first is the foregoing discussion, to wit, money politics. In my column last week, I quoted the INEC chairman, Professor Mahmood Yakubu as expressing concern about the dangerous influence of money on our national politics. He said “…the influence of money on politics…is becoming more present and the risk is that ours may soon become a plutocracy for the rich rather than a democracy for the people.”

In addition to the ridiculously high charges the parties imposed on their aspirants who wished to purchase expression of interest forms, it also turned out that the elections were free and fair in so far as the delegates remembered who made their pockets bulge with wands of Naira or dollars. The free and shameless financial inducements to influence the delegates will be replicated during the general elections. The arc of our democracy now bends to the influence of money. It is no small pity that the politicians are unwilling to step back and take a long view of the harm money politics does now and the greater harm it will do to our democracy in the future.

The second danger comes from selecting candidates for election through consensus by which the few party moguls decide for the many members of each political party the choice of party candidates for elective offices at the executive and the legislative branches of government. Consensus candidature is recognised by the much battered electoral act. Still, it is wrong-headed. Any form of democratic practice that denies the majority the right to exercise their participation in choosing candidates to represent a political party at an election, takes something away from the letter and the spirit of democracy. It is a dangerous worm in the apple of democracy. It should not be allowed.

The third danger arises from the assumed right of state governors to single-handedly choose and impose their successors on their political parties. No one challenged their assumed and illegal right of the state governors who announced their anointed candidates for governor long before the primaries and the congresses of their various political parties. No law in the land permits the governors to do what they did; no political tradition recognises this bending of our democratic practices to suit individual interests. It is true, of course, that this is not actually strange. But in the past, they worked behind the scene to push for the successor of their chosen candidates without making that obvious. Because no one challenged them, they became bolder. They see themselves as the lords of their state political manors. They are too rich and too dangerous to be challenged by their party members. Now, what they birthed has taken a turn for the worse at the highest level of government.

As I write this, there is furore over President Buhari’s decision to also exercise the same right and choose his successor. He was quoted as telling the APC governors that since they had chosen their successors in office, they should allow him to do same too.

I share Buhari’s sentiment but I do not approve of his being influenced by what the governors did. A president cannot associate himself with illegality without injuring our constitutional government. He should have prevented this, at least in his own political party because it is unlawful and deleterious to the health of our democracy. He cannot join that bandwagon and expect the rest of the world to respect our democracy. It is incumbent on Buhari as president to seek to promote best practices in the democratic ethos. The world looks up to him, not to some of the mad men at the sub-national level, in managing and growing our democracy and in the conduct of free, fair and respectable elections. It is a burden he cannot fail to discharge unless he wants to ridicule his legacy as a democrat and as the president of the most populous country in Africa.

We fought hard for democracy. Some of our illustrious compatriots paid the supreme sacrifice that we may be free and freely and fairly choose our political leaders. It is a right enshrined in our constitution. The cynical abbreviation of that sacred right raises the prospects of our democracy being ruined through greed and undemocratic means. It should fill us with no small dread.