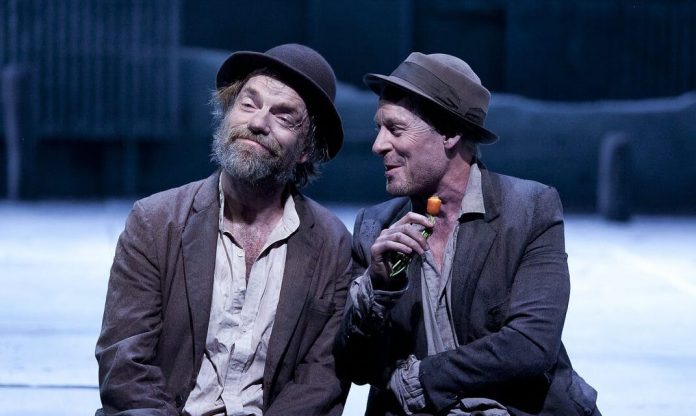 The Irish novelist and playwright, Samuel Beckett, published his now famous play Waiting for Godot, to an initial indifferent review in the early forties. It is a play in two parts in which two tramps, Vladimir and Estragon, wait for two days for a man called Godot who never came. The play is less well-known today than its title. Its title has become an enduring metaphor, as one essayist put it, to “describe a situation where people are waiting for something to happen, but it probably never will.”

Scholars have imposed on the play various interpretations with some calling it a tragicomedy. Whatever might be regarded as the correct interpretation, what is indisputable is that Beckett sought, in a simple but profound way, to address two things wired into the human DNA; to wit, we expect, and we wait. We expect something to happen, and we then wait for it to happen. Sometimes what we expect happens; other times it does not. The two tramps expected Godot to come, and they waited for him to come. But he did not come.

I am intrigued by that. The more I think of Waiting for Godot as a metaphor, the more I think it has something in common with our national politics. In our national politics, we expect or yearn for Godot; we wait for Godot, and we search for Godot. We replace Godot with messiah, the man the Hebrew expected and waited for to rescue them from their oppressors. They expected him to be a great warrior; thus, when the son of Mary came along and claimed he was the messiah, they ignored him because he did not fit in with their picture of the messiah.

Godot stands for that messianic figure in our popular imagination. He is the man with the innate abilities to provide selfless and competent leadership, a unifying figure rather than a divisive figure. He can bring changes to the nature of our national politics and point us towards the dawn of a new day in our collective aspirations in an intensely competitive world. We expect Godot, and we wait for Godot. On his shoulders lies the burden of our national transformation and unity. When the late Professor Chinua Achebe said that the trouble with Nigeria was the lack of leadership, he meant to say that we are where we are because Godot is still absent.

Godot stands for renewed hope. If you flip the coin, however, what confronts you is the absurdity of investing all our hopes in the intangible and the elusive. Godot is permanently elusive.

Still, we search for him because in our search for him, we raise our hopes for a better nation tomorrow. When the people tire of searching for what is best for them, the people perish. We yearn for that rare national leader who will turn the nation back from the sunset towards the sunrise. Every nation finds itself facing the sunset at some point in its history because through wilful acts of omission, commission, or incompetent and indifferent leadership, the promises of the morning are too often squandered at noon and the nation finds itself holding the short end of the promises made and the promises not kept.

Under our form of government, we collectively search for Godot once every four years. The election circle is a period of sincere search for, and hope, in the emergence of Godot; a man capable of providing a competent and inclusive national leadership; a man who is able to beat our differences into ploughshares for our agricultural development and tools for nation-building.

We have had a slew of men in khaki and baban riga who seized our collective imagination at the dawn of their power with some messianic fervour only to end up, paled on the spike of their human failures of greed, unfairness, and injustice. The howl of public protests that greeted the annulled June 12, 1993, presidential election resulted from the belief that with the late Chief Moshood Abiola as our elected president, Godot had emerged at long, long last. When Chief Olusegun Obasanjo asked if Abiola was the messiah, he brought the hornets’ nest down on his head. Served him right.

An election circle is also a period of promises. Sadly, it promises a whole lot but delivers too little too often. We live on the promises of a better tomorrow, courtesy of Godot. Will Godot, the elusive Godot, the reluctant Godot, the Godot of our imagination, emerge from the welter of men gathering now in the market square? Look at the men staring down at you from posters and billboards and do a quick mental calculation if anyone of them looks anything close to Godot. Are these political opportunists, men who want power for the sake power at the expense of the efficient and honest management of our diversities or honest men with the capacity to lead, not rule?

None of us can answer that question. What rides on it is heavy. The endless search for Godot, the expectation that Godot will come and the patience to wait for him are part of the fundamental game of politics, even in a conflicted nation such as ours. Politics would be empty if we did not have to search for, expect and wait for Godot. Our belief in the possibility of his emergence gives us hope for a better tomorrow. We need him to take on the burden of cutting the path through the thicket of our collective failures towards the land of promises kept and hopes realised.

The masquerades are tip-toing into the market square. Others are oiling their guns for the political battle at national and sub-national levels. The posters and the billboards offer us promises and raise our hopes that from one of them, Godot will leap down and our search for him will be crowned with success. What is so great about Godot is that he is always near. We can feel his presence but cannot see him. He is here but not here. Is it then unreasonable and futile to wait for Godot? That is one underlying issue Beckett touched on.

And so, the search is on to find Godot at the polls in a little over one year from now. This has never been easy. One of the intriguing aspects of politics in a democracy is the absolute freedom with which politicians self-advertise themselves, each as the real McCoy. We only know them when they capture power. Ensconced in near absolute political power, the real man behind the self-advertised man emerges, often with two left hands, with incompetence and greed wired into his DNA.

But we have no choice. We must choose from the slew of self-advertised men and trust that our hope for a better tomorrow is not a futile or wasted hope. Godot may be absent, but we live on the promise that we can find him and fulfil our expectations and our long wait will be rewarded. In despair, let us not settle for the imitations of Godot. You can take the people for a ride some of the time but not all of time.