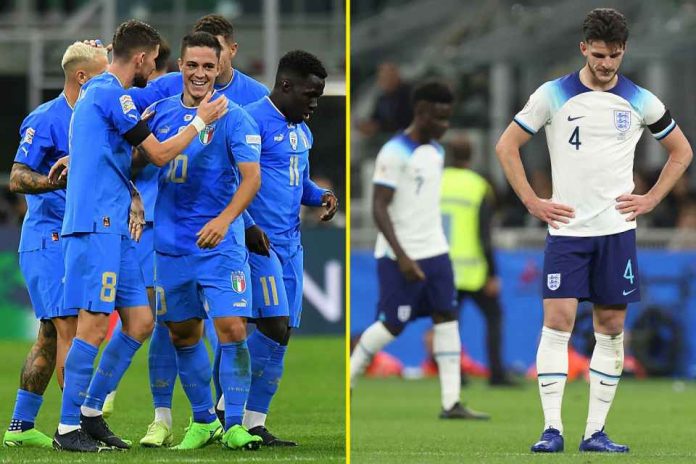 Giacomo Raspadori scored the only goal with a stunning strike in the 68th minute as Italy defeated England 1-0, which relegated Gareth Southgate’s side to the second tier of the UEFA Nations League.

England are now without a win or even a goal from open play in their past five matches less than two months before their World Cup campaign begins.

In a game of few chances at the venerable San Siro, the hosts claimed victory when Leonardo Bonucci’s long ball sailed past England’s defence, allowing Raspadori to take it down and fire an unstoppable effort into the far corner past the despairing dive of Nick Pope.

The game was a repeat of last year’s Euro 2020 final, which saw Italy, who will miss out on the World Cup, claim the title over England at Wembley.