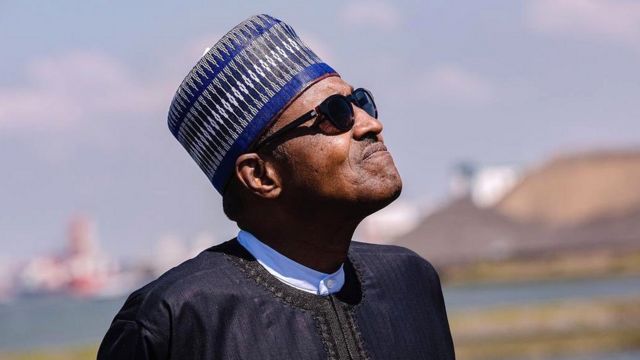 In keeping with the calendar of human progress, the year 2022 will yield place to the New Year, 2023, in the Gregorian calendar in the next two days as you read this. It had had its time and now assumes its honoured place among the 2,021 years before it.

In keeping with tradition, pundits will begin the tedious, self-imposed task of x-raying the year 2022 in the next few days or weeks. They will pass their informed judgement on the year that was. They will tell the rest of us what we need to remember about the year that has just passed through the gates of history. There will be things to fondly remember and there will be things that will force individuals to bite their fingernails. Human history bids us to remember the good, the bad and the ugly.

The year 2022 was thus no different from all the other years before it. It offered promises for individuals, organisations, and nations; and it saw those promises cynically broken by those who made them; it raised hopes of, as we say in this country, better things for individuals and the nation; and it confronted not a few people with nightmares that beggared belief; it saw Kismet drop banana peels in the path and checkmated the trip to the political Nirvana.

Men who believed that fate had charted their path to the top of the political totem pole failed to scale the ladder of their party nominations as presidential or governorship candidates of their various parties. They groan, they throw tantrums, and they take on the look of spent and frustrated warriors who did not quite know what hit them in a war fought without guns and bullets.

The year faithfully followed nature’s script. Some could count it as luck and will remember it as the year that was. In a manner of speaking, it saw the despairing move from Ajegunle to Lekki because the year proved once more that miracles still happen, and a man need not win the lottery to be transformed from nothing to something, as in a billionaire. The sons of nobodies became somebodies. Ah, yes, no condition is permanent.

For us as a nation, the year 2022 must hold a special place in our famous national dance steps known as the Nigerian shuffle. We took one step forward and cancelled it with two steps backward. The year saw the widening of our ethnic and religious fault lines and seemed determined to put a lie to anyone who had the audacity to claim that we are more united, and our ethnic diversities have been transformed into a beautiful rainbow under a sky that provides cover for all tribes, big and small.

The year saw the emergence of religious bigots and irredentists who are beating the drums of our religious differences and subjecting our leadership recruitment process to the approval of the deities they worship. This is the much-ballyhooed religious balancing act at the top that balances nothing.

The year saw the full blossoming of our national contradictions elevated to the next level.

At a retreat by the Federal Ministry of Education in November 2027, President Muhammadu Buhari said that to get it right in this country, we must get our education right. He went on to establish more tertiary institutions – universities, colleges of education and polytechnics – than any of his predecessors. Thirty at the last count. Yet, in 2022, university teachers abandoned the classrooms for eight months to protest poor funding, poor pay and poorly equipped public universities that cannot, given the deprivations, be the centres of learning and the training of our young people. Buhari appeared helpless and rubbished his own intention on getting education right.

The year was a watershed of some sort for our politicians. It was the bridge to political power in 2023, the year that will end Buhari’s eight-year reign. Those who aspire to replace him are legion. In politics, many aspire but only one man is chosen. The ambition to be the chosen one extended our political vocabulary and a new phrase called placeholder, was imposed on the electorate.

Through this clearly diabolical process, a senator who contested the presidential nomination of his party put up a surrogate to hold the seat for him on the understanding that if he failed to be nominated, the placeholder would yield his nomination to him, and he would return to the Senate. It was part of the systematic destruction of our party politics by men who think less of sustaining a fair and just system and more of sustaining their personal interests in retaining power, no matter what grievous damage they do to the whole political system and the polity. Ah, yes, power sweet.

What is so galling about this is that the year was supposed to show the world that Nigeria has politically matured. But given the insane self-sabotage in the political parties, especially PDP, the world will be hard put to come to such a favourable conclusion. The development of our national politics and the deepening of our democracy are still firmly held in check by the primitively power hungry.

In 2017, the World Bank/IMF declared Nigeria the poverty capital of the world. The declaration made our country the poster child for contradictions that have become, to borrow from the late British Prime Minister, Winston Churchill, an enigma wrapped in a puzzle. No economist can understand it although to be fair, many have tried to unwrap the puzzle. The world can still not understand how the fifth crude oil exporting country in the world became so poor and so impoverished as to displace India from that unenviable perch.

In 2015, Buhari promised that he would kill corruption before it killed Nigeria. But in 2022 EFCC told us that the Accountant-General of the Federation, Ahmed Idris, corruptly enriched himself to the mind-stopping tune of N108 billion. This was a man appointed by Buhari and whose term was extended for six months by the president. He negated the president’s vow to kill corruption and instead helped corruption to kill his own country.

Stealing money has become more blatant than ever before because no one is afraid of the sheriff anymore. Under the sheriff’s watch, corruption has once more shown its capacity for survival under and all anointed sheriffs.

Things keep falling apart and getting more bizarre with fate serving us the unpalatable dish of despair and frustration. We cannot get it because a nation so endowed should, all things considered, be the Dubai of West Africa. We are closer to Bangladesh of We Africa.

The year saw our national economy more burdened with domestic and external loans than ever before in our national history. It saw more hunger in the land; it saw more frustration and a deepening lack of trust in our public officials; it saw more crimes and the shedding of innocent blood than ever before; it saw a bandit leader, Turji, feted and given a chieftaincy title by an emir in Zamfara State, the epicentre of banditry; it saw Sheikh Gumi calling on his people not to vote for a presidential candidate that will fight the bandits because “they are our fighters in the forest and our brothers.”

In the midst of it, Buhari, the man on whose shoulders the burden of leading the country rests, told the nation in 2022 that he had done his best for it, absent from duty, et al. The statement carried a hint of frustration, not a boastful achievement by the president.

Bishop Hassan Kukah, always irrepressible, instantly switched on his torch light in broad day light in search of what the president has done that can be regarded as his best for the country.

Making due allowance that no man should be asked to do more than he can, Kukah returned the verdict that Buhari’s best for the country leaves it worse than he met it in 2015 – worse insecurity, a cynical mismanagement of our diversities, indifferent leadership, the widening of our national fault lines, poor management of the national economy, burgeoning poverty and the increasing number of the poor, more and not less corruption.