IGBO PRESIDENCY: WHAT DOES IT MEAN? 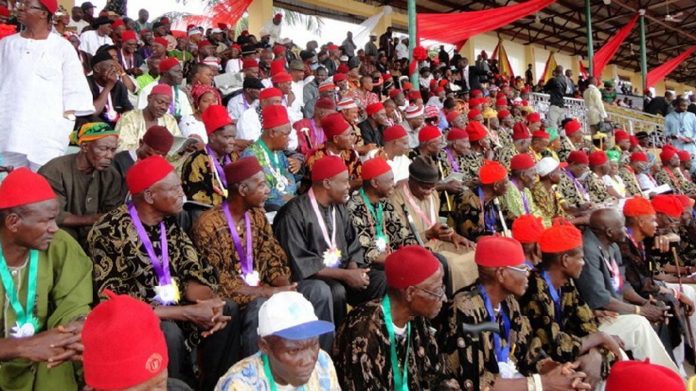 The Igbo have, for some time now, been clamouring for an Igbo Presidency which they have now broken down to mean a President of Igbo extraction. Since 1999, no Igbo man has won an election to the Presidency of Nigeria, but it is not for lack of trying. Dr. Orji Kalu, former Governor of Abia State and Professor Kingsley Moghalu, former Deputy Governor of the Central Bank have tasted action in the field but they did not end up at the podium of victory. In fact, since independence, the Igbos have only had Major General J.T.U Aguiyi Ironsi at the helm of Nigeria’s affairs for a fleeting period of six months during which time he got assassinated in a revenge coup on July 29, 1966. The leader of the first coup that took place on January 15, 1966 Major Chukwuma Nzeogwu, an Igbo from the Delta, never ascended the throne.

The closest that the Igbos have got to the throne was in 1979 when Dr. Alex Ekwueme became Vice President to Alhaji Shehu Shagari. Under the Military Ebitu Ukiwe also got chosen as the second in command to Military President Ibrahim Babangida. But the argument about an Igbo Presidency is not necessarily what happened during the Military era. It is basically the scenario from 1999 to the present, during which period the Presidency has been oscillating between North and South, an arrangement that was intended for the building of an inclusive nation in which all sections of the country have a sense of belonging. Since 1999, two geo-political zones in the South, namely, South West (President Olusegun Obasanjo) and South South (Dr. Goodluck Jonathan) have tasted the Presidential pie. The only zone in the South that has not been favoured is the South East. So the people of the South East, feel aggrieved that they have not had the opportunity to take the Presidential trophy. That is a moral question and morality is a much discredited virtue in politics generally and Nigerian politics specifically. Politics is a zero-sum game in which the winner takes everything and the loser loses everything. That is why the Igbos can only get the Presidency by seriously networking with other zones and pushing hard by any means they can until their message sinks in. They are not likely to get it on a platter of gold because Presidential power in Nigeria is awesome, tempting and juicy, and many people want it as desperately as if their lives depend on it.

Some Igbos have based their quest for an Igbo Presidency on the erroneous belief that Nigeria sits on a tripod of the three major tribes. That may have been the case in the past, but today, the question is different. Since the discovery of oil in the fifties, the oil producing zone, Niger Delta, has also become a major force that cannot be ignored in the scheme of things. However, it is true that the Igbos deserve, as others, a crack at the Presidency irrespective of the yardstick that anybody wants to use. So the important thing for the Igbos to do is to assert their influence in all the major parties as the primaries approach. If no Igbo man wins the Presidential primaries, no Igbo man will be President in 2023. This is a herculean task considering the array of formidable opponents from the other zones in all the major parties.

There is also the third force that is threatening to take the Presidency. It is mobilizing votes using the ENDSARS template of reaching young people who constitute the bulk of the voting population. In 2019, the third force was a merger of 10 parties but it did not cut any ice. It just collapsed during the elections like a pack of cards. The public is watching to see whether this time around, it has something earth-shaking to offer.

In all the parties, big and small, there are Igbos of considerable weight wanting to be President. They include Chief Anyim Pius Anyim, former Senate President, Mr. Peter Obi, former Governor of Anambra State, Chief David Umahi, Governor of Ebonyi State, and Professor Kingsley Moghalu, former Deputy Governor of the Central Bank of Nigeria. Each of them is significantly visible but the question is: Do they have the muscle to win the primaries of their parties? That is the question.

Now, another Igbo man, Mr. Chibuike Amaechi, Minister of Transportation has thrown his hat into the ring, to use a threadbare expression. His entry seems to be causing complications for the Igbos because his State of origin is Rivers State, which falls into the South South zone. This is exactly the same problem that Dr. Bukola Saraki, even his father Olusola, has had in politics. Saraki is a Yoruba man from Kwara State which falls into the North Central zone. So, in politics, he seems to be neither an animal nor a bird. It is a dilemma that he has not been able to overcome when it comes to the Presidential race. For him, this is a barbed wire that hurts him when he wants to walk past.

Amaechi had anticipated this and this is how he put it: “my both names are Igbo names Chibuike Amaechi. I am an Igbo man. Let no one deny me my Igbo heritage, birthright, ancestry, please. Unless you want to be sectional and deny the Igbo people. I have made myself clear repeatedly that I, Chibuike Amaechi from Ikwere, am an Igbo man. Our people are Igbo people”. Even though he is an Igbo man, his explanation is still seasoned with skepticism by those who think of Igbo only in terms of the five States of the South East: Imo, Anambra, Enugu, Abia and Ebonyi. When General Lucky Irabor, an Igbo man from Delta State was appointed Chief of Defence Staff, most Igbos never argued that Igbos had got their own share of the Federal Cake in the security arena. They said he was from the South South zone, that he wasn’t filling an Igbo slot even though he is as Igbo as any other Igbo man. For the naysayers, a little distance away from the South East makes all the difference. In the matter of creating States, it was never going to be easy to put all persons of the same ethnic stock in one State. That is why today, you can find Igbos in Kogi, Cross River, Benue and Delta. This truth will take longer to get its boots on. This means that any discussion of who is Igbo will continue to be seasoned with geographical skepticism.

The Governor of the Central Bank of Nigeria (CBN), Mr. Godwin Emefiele has been urged by his supporters who are enamoured of his performance at the bank to join the Presidential race. If he does bow to their pressure, he will be in the same situation as Amaechi. He comes from the Igbo speaking area of Delta State and not South East, but he is as Igbo as they come. Is it the State of Origin that makes an Igbo man an Igbo man or is it the parentage? Of course, it is the parentage, but in the complicated politics of Nigeria, two plus two does not equal four. The argument may be that political positions are allocated to geo-political zones but these geopolitical zones may comprise several tribes. It is actually only two of the six geopolitical zones in Nigeria that are inhabited by a single tribe. The South West is Yoruba only while the South East is made up of only Igbos. In each of the two zones, a single native language is spoken. In all the other zones, there are various tribes where various local languages are spoken.

My advice to the Igbos is to hold the secessionist IPOB and MASSOB at bay while they concentrate their energy on getting an Igbo man, irrespective of State of origin, into the Presidency. That in itself is a herculean task that does not admit of other distractions. They should not feel infuriated by the Status quo of present day hypocrisy in Presidential politics in Nigeria. Everyone makes the Sort of argument that suits his situation and there isn’t much that anyone can do about it.

There is never going to be any unanimity on zoning because the Stakes are very high and most politicians are greedy for power. At every election, the arguments will keep changing. Today, the Governor of Sokoto State, Mr. Aminu Tambuwal talks about “demography” which I understand to mean the voting numbers. He also talks about “strategic thinking” which I understand to mean how to win the Presidency. But the electorates are not static. They are dynamic and will take various things into consideration when voting. There is no monolithic North or South or East or West. The members voting for certain candidates will change in various zones depending on what they want, what they think each candidate can offer and the amount of credibility that they attach to statements and promises made by various politicians. In this situation of extreme poverty among the populace, it is expected that the politicians will try to buy votes as they had done in several elections in the past. We will have an opportunity to see what happens during the forthcoming Osun and Ekiti Governorship elections. Those elections will be a pointer to what may happen in the elections that will take place next year.

To the Igbos, I say don’t sit on your oars thinking that fairness will bring you the Presidential ticket. As it is often said, all is fair in war and politics. That is a sermon that Nigerian politicians have taken to heart over the years. If you want to bring home the bacon, keep your eyes on the ball because others who also want what you want will do so. No one will give you the Presidency wrapped like a parcel with a ribbon on it. No one!