How money poisons our national politics 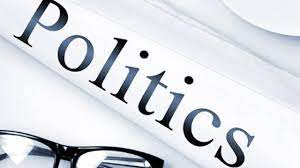 The money game has begun among our politicians. APC and PDP have released the cost of their respective expression of interest and nomination forms for all elective offices. I am hearing howls of disappointment. These charges are the first hurdle all aspirants for the various elective offices must jump to be counted among the contenders with deep pockets. With the release of the charges by both parties, the madding crowd of aspirants will soon begin to thin out. Sorry. Na so money dey shame man.

Here are the details of the starting point in this obstacle race to political power in 2023:

APC is drawing public ire because its charges are higher than those of PDP. Human rights activist, Mike Ozekhome, chided APC for “corrupting democracy.” But if democracy were a human being it could not pass St Peter at the gates of heaven. Politics and the political system birthed by democracy are the twin drivers of corruption in all democracies. APC has not made matters worse. It has followed, as indeed, it must, the beaten track.

Politics is not really an all-comers game, even if democracy makes a contrary promise. The depth of one’s pocket has always been a critical factor in who goes where and who gets what in politics. The charges by both parties are chicken feeds for some and unattainable for others. It is the way of politics.

The sale of these forms by the political parties are legitimate means of raising funds to run their parties. Over the years, the prices have risen from a few millions to the current multi-millions. For instance, in 2014, APC, then a new party on the block, charged presidential aspirants N27 million for the expression of interest and nomination forms. Its lone presidential candidate, Muhammadu Buhari, said he borrowed the money to buy the forms. In 2019, the party raised the cost to N42 million. Again, help came for the president from Ambassador Network. In the normal course of human progress, its current charge of N100 million for presidential aspirants, should be regarded as a monumental progress, safe from ire.

The high cost of the forms packs a dark intention. It is intended to weed out the jokers from the serious aspirants. The national chairman of APC, Senator Abdullahi Adamu, told me so. He said that the party has to guard against the flood of people who want to make a jest of the serious matter of political leadership and governance. “We are not shutting the door in the face of any aspirants. Many are trooping into the arena but many of them will drop their ambition on the say-so of their pockets.”

The national women leader of APC, Beta Edu, echoed her national chairman’s views in defence of the high cost of the forms. She told her television interviewer: “You find people who are not interested in running for elections just standing up, picking up forms and just waiting to constitute a kind of barrier and put a stud in the entire process as it goes on. These are not the things we want to see as a party.”

PDP charges are, of course, much lower than those of APC. The PDP national chairman, Senator Iyorchia Ayu, has berated APC for the high cost of its forms. In a statement through his media aide, Simon Imobo-Tsam, Ayu said: “The incompetent APC presidency has now run the economy aground, making Nigeria the poverty capital of the world. How then can impoverished APC aspirants buy nominations at such prohibitively high costs?”

The answer is that politicians will always find a way around money problems. Both parties are guilty of the same offence; the degree of guilt is inconsequential. No one can tell a political party how it can raise money to run its affairs. Still, the high cost of expression of interest and nomination forms raises issues worth noting in our increasingly expensive elections.

Experts have long warned that our elections are the most expensive in the world. It is no brainer, really. The political office seeker has to buy his way through the godfathers or the party moguls who are the deciders-in-chief of political fates; he has to drop something for the electorates who have become wiser and know that once the thingamabob gets their votes, he will chop alone.

Public office seekers borrow money to meet their election costs. Help comes to them from the do-gooders who give money seemingly without strings attached; and the Shylock lenders who lend with high interest rates. If they get into office, their first obligation is to pay off the loans. In the case of state governors, the state treasuries are pressed into service – and their civil servants count months without salaries; and old pensioners wait for their pittance in vain – and die off.

The high price of these forms reduces politics to a crass money game in which only those who have money can participate. It causes a huge injury to our political system and the public desire to recruit leaders who are educationally, morally, mentally, and emotionally equipped for leadership. It fences in those with money but bereft of ideas for national development and progress; it fences out those who have little money but who brim with fresh ideas of good and inclusive governance and competent leadership. The latter are the men and women who deserve to be fenced in and the money bags fenced out. That is what is good for our leadership recruitment process; that is what will birth a government of men and women with fresh, uplifting ideas on how to make the nation rise from the ashes of its past disappointments and set it on the path of recovering its lost grounds.

My take is that the high cost of these forms is deleterious to our leadership recruitment process; the prices of the expression of interest and nomination forms should be a token fee; not a bank breaker. A political system should deliberately create a level playing field to give everyone a chance to participate in the contest for elective offices. The steady rise in the cost of our elections portends danger for our country. We are walking into a storm with our eyes open. The throat will take the brunt of the insane competition when violence is pressed into service because money can’t deliver on its promise. We need to pause.

A political system in which money is the sole qualification in the leadership recruitment process is a bad system. It makes no room for a level playing field. Such a system is cursed with moving fast on the same spot with the continued recycling of men from the executive branch to the legislative branch and from the legislative branch to the executive branch. New faces are fenced out; new thinking is fence out and national progress and development are arrested; we move in circles that we mistake for our moving forward.