FGN, are you there? 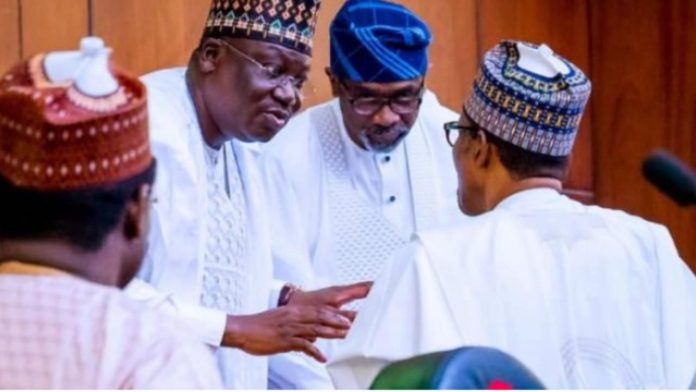 Going through the newspapers last week it seemed as though the Nigerian world was crashing, ready to come down and bury all of us. And it is not as if we are strangers to bad news; we experience it every day, every week and when a new piece of bad news comes it is easy for people to say nonchalantly “what is new?” But last week took the trophy. It was like the coming of the apocalypse, an Armageddon, some kind of tsunami.

Let us pigeonhole the news into three sectors. First, the national strike by ASUU was joined last week by the National Labour Congress (NLC) and its affiliates. The strike had gone on for about six months without the government being able to resolve it.

How can any government worth the name allow its tertiary institutions to be shut for nearly one semester? It has never happened in this country before. And the amazing thing is that as NLC threatened to join the strike in sympathy, President Muhammadu Buhari, as evidence of taking action, commanded the Minister of Education, Mr Adamu Adamu, to end the strike within two weeks. I am sure that the minister who knows that resolving it is a matter of forking out a lot of cash, and he doesn’t mint money must have laughed haughtily at the impossible directive.

Now the two-week directive runs out this week. Let us wait and see if the minister will use his magical powers to bring the strike to an end. A nation that is interested in the race for development in the 21st century could not sit around leisurely and allow its education to go to the dogs, and grind nearly to a halt. It just shows how unserious a nation we have become.

The second revelation that came to the fore is that our economy has tanked calamitously. The cost of bread, rice, garri and yams had hit the roof because the price of petrol was already heading for the sky. The cost of aviation fuel had risen astronomically too and the airlines were threatening to shut down.

The airlines that could manage the situation told us that an economy class ticket for a 50-minute journey would cost N75, 000. And we were told that crude oil theft has continued unabated as the corrupt petrol subsidy now exceeds the revenue from oil sales. And for those individuals and companies that needed dollars for their imports and personal commitments such as travels, medical and school fees it was a story of woe.

A dollar had risen to N700 in the parallel market, the highest jump in our history. When this government got into office it was less than N200 per dollar. So for a country that is largely import dependent that is catastrophic, particularly when you get to know that we are finding it hellish to service our very high debts.

You would think that with the high cost of crude oil we must have kept some surplus funds somewhere for the rainy season. No, we didn’t. We haven’t. It was revealed the same week that we reduced through reckless consumption our excess crude account (ECA) from $35.37 million to $376, 655.09; yes, from over $35 million dollars to less than $400, 000. So now that the rains have come it is likely to beat us mercilessly and we will have nowhere to take shelter.

The annoying part is that as these miserable figures were tumbling into the public space the Minister of Finance, Budget and National Planning, Ms Zainab Ahmed, had the temerity to tell Nigerians that our economy is doing better now under Buhari than it did under previous governments.

What makes her think that Nigerians are interested in such silly comparisons between two dangerous insects, mosquitoes and flies? Neither of them is kind to the human race. She is paid to solve problems and not to make silly comparisons. She stated this after last week’s Federal Executive Council (FEC) meeting. She stated further that ECA has not been funded for some time now. And you know what? That is her portfolio, Finance, Budget and National Planning. Please add this to your information collection.

As this minister was running her mouth recklessly, lying to the uneducated, a man called Ahmed Idris, who, until a few weeks ago was working directly under her nose as the Accountant General of the Federation was standing trial for theft of N109 billion federal funds. And she is not the one who reported this theft to the EFCC.

By the way, who invented this silly idea of hired hands within one government comparing the performance of their government with previous governments? Governments are a continuum. Each government that comes into the office is there to solve problems carried over from the past in addition to problems that arise while it is in office. The Chibok girls were abducted during Dr Goodluck Jonathan’s administration.

The propagandists of the APC told the whole world that if we voted for them they would get the Chibok girls back in a jiffy. Today, more than seven years after some of those girls are still in captivity. The government has moved on and its propagandists are not looking in that direction at all. So where is the Federal Government of Nigeria (FGN)?

The third item that stunned Nigerians is insecurity. Some officials of the presidential guards were ambushed and shot dead in Abuja last week. This came in rapid succession to the Kuje Correctional Centre attack in which many prisoners were set free.

The alarming thing is that the terrorists are threatening to kidnap our President and the Governor of Kaduna State, Mr Nasir El-Rufai for pushing the carpet-bombing of Nigeria’s forests. They are also threatening to deal with Abuja residents. The threats are real and should not be ignored.

The FCT Minister has responded appropriately by directing that all schools in the territory should be shut down until the threat is over. No one should dismiss those threats as puerile. They have proved several times that they have the capacity to match their words with action. They have attacked several police stations, several correctional centres, army cantonment, the United Nations outfit and even the police headquarters in Abuja. So they have made their words their bond.

Appropriately the members of the National Assembly were alarmed last week about the abject helplessness of the situation. They have now given President Buhari six weeks within which to restore security to the country. Buhari cannot secure the country within six weeks. That is a tall order. If he has not secured it within seven years, what magic wand does he have to secure it within six weeks? The legislators are threatening to impeach Buhari if he fails to meet that target. They can’t even impeach him because the Buhari strategists know what to do: Invade the Central Bank and bring out mint-fresh naira notes and dollars for the stomachs of the legislators. After that, the legislators will meet in plenary and say “emm emm emm.” And that will be the end of the story.

There are two things the National Assembly must do to help Buhari. They must investigate how the security funds they approved have been spent. This will tell them whether the funds were spent for what they were budgeted or not. If the government took $1 billion from the ECA fund what did it do with it? If such a huge sum of money was invested in our security architecture the result ought to be correspondingly, hugely, positive. How was the money utilised or was it chopped by some officials?

The second recommendation I am making is that the National Assembly must initiate legislation immediately on State Police. Mr Mike Okiro, former Chairman of the Police Service Commission (PSC) told us some time ago that out of the 400, 000 policemen, 150, 000 of them are serving big men and big women and only 250, 000 of them are available to serve the common people of Nigeria. The National Assembly must focus attention on establishing State police immediately.

With State Police, which was recommended by the El-Rufai Committee and approved by state governors we can add one million armed men and women to our arsenal. How would we raise the money to keep them? Four ways: (a) use a security vote (b) launch a Security Support Fund (SSF) in each state (c) reach out to Nigerians in Diaspora for support (d) seek help from friendly countries and international partners including foreign NGOs. After all, Nigeria supports other countries that need help. It donated $1 million to Afghanistan recently.

If the National Assembly members are serious about tackling the insecurity problem they must work on State Police immediately and not allow Buhari to get away with his philosophy of hegemonism. No government can protect this vast country with 250, 000 policemen. Impeaching Buhari is not a solution. It is a diversion.