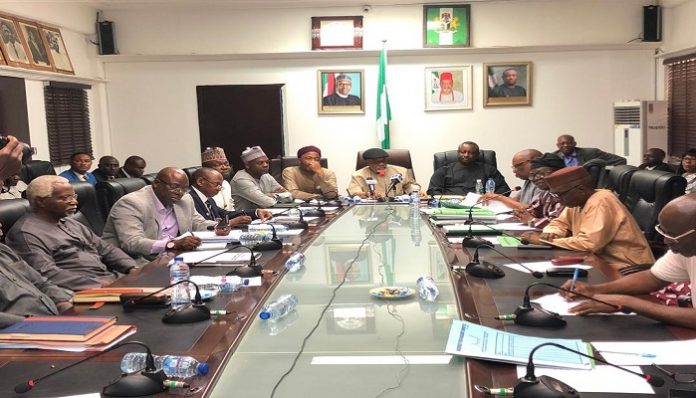 It is a huge shame that the federal government persuaded itself to resort to the primitive tactics of the mafia: persuade or punish. It failed to persuade ASUU to call off its seven-month-old strike and called in the industrial court. The court ordered the teachers to return to work; the teachers appealed the decision. Its appeal is yet to be heard. That is the civilised path to the resolution of disputes.

Now the government has resorted to the heavy-handed tactics of swatting the irritating fly buzzing over its nose with a sledgehammer. It has found some pliant university renegades willing to take the pot of pottage but sacrifice their integrity by dishonouring the principled stand of ASUU, their union, in its long and weary struggle to prevent our educational system from sinking and being buried in the cesspool of a political system that places low premium on good and functional education and human resources development.

Destroying ASUU became the primitive obsession of the minister of labour and productivity, Dr Chris Ngige, he of the famous Okija shrine. The government has compounded the problems because it has chosen a solution that won’t solve its problems with the teachers or improve funding and staffing in the universities. The splinter unions will not break the will of the leadership of ASUU. What is more and even worse is that the government has abandoned the path of negotiated settlement with the union. It is pathetic.

The sledgehammer is a killer, but its use solves no problems. It exacerbates them.  The resort to killing ASUU with sponsored splinter groups is a patently wrong step. It is not the solution to the many problems that beset our educational system, a badly broken system that invites tears from those of us who appreciate the place of good and functional education in modern human development.

The primary duty of a trade union is to protect the interests of its members. There is no guarantee that the Congress of Nigerian University Academics, CONUA, so enthusiastically funded by the federal government to break up ASUU, will not fight for the same rights for the university teachers in the future. Will the new union excuse the rot in the sector? If this is the government objective, then our public universities will officially become degree mills.

The registration of the new body has further poisoned the university system because it has opened the sluice gates of political interference in the rights of our university teachers to fight for their rights as employees and determine what is best for them and the broken system they are made to run with inadequate funding, inadequate staffing, inadequate basic equipment, and a learning environment not conducive to learning, teaching, and research.

It is sad that the ASUU strike has been prolonged but its resolution is the primary responsibility of the federal and state governments, the proprietors of the public universities, and the employers of the teachers. The teachers have been working under impossible conditions. The late President Umaru Yar’Adua saw that they could not continue to work under those conditions without making the universities into liabilities in our ambition to catch up with the first world.

In 2009, he and the teachers agreed that the government should commit N1.3 trillion over a six-year period to arrest the progressive decay in the system. The government would release N200 billion annually to the universities over the agreed period. The president could only pay N23 billion of the first tranche. The Goodluck Jonathan administration paid up N200 billion under a renegotiated deal with the teachers. Jonathan later reneged and ASUU went on strike in 2013.

It provided Buhari, then of CPC, with the ammunition to attack the government “for failing to respect and implement the agreement reached with ASUU. The CPC national publicity secretary, Rotimi Fashakin, described the government’s failure to honour the agreement as “executive irresponsibility.”

Our university system has suffered more under President Buhari than under President Jonathan. If the latter’s failure to honour the agreement was “executive irresponsibility,” what do we say of the government that refuses to commit to positive negotiation with the teachers but instead chose to break the union in the forlorn hope that doing so will get ASUU off its back and the teachers back to work? The seven months would have been wasted with nothing achieved. It is not the path of progress; it is a march backwards.

Buhari is not unaware of the depth to which our educational system has progressively sunk over the years. I remain intrigued by his address to the retreat organised by the federal ministry of education for the federal executive council on November 13, 2017, with the theme Education in Nigeria: Challenges and Prospects. Buhari said that the state of our education “calls for serious concern.”

It is getting worse, much worse, instead of better under the watch of a president who told the members of his executive council that “education is our launch pad to a more successful, more productive and more prosperous future.” He said: “We must get it right in this country. To get it right means setting our education sector on the right path (because the) security and stability of the country hinges on its ability to provide functional education to its citizens.”

But the president has failed woefully to get it right. Almost everything he has done in education has been inimical to its development. Before we can get education right and provide functional education to Nigerian citizens, we must begin with its funding. This is the bone of contention between the government and ASUU.  The national president of ASUU, Professor Emmanuel Osodeke, has said that “all agreements with the government over the years have always contained clauses that government should progressively increase allocation to the sector so that we can get to the UNESCO standard of 26 per cent.”

At the retreat, the minister of education, Adamu Adamu, said that “…from 1999 to date the annual budgetary allocation to education has always been between four per cent and ten per cent.”  UNESCO recommended a minimum of allocation of 26 per cent to education in the annual budgets of developing countries. Nigeria, the giant of Africa, chooses to talk like a giant but act like a lilliputian in matters of its educational development.

Adamu, bless him, told the retreat that “…what is needed is a vastly improved funds accompanied by a strong political will. The political will needed to do this is present in this government. What the government must do now is to make the funds available.”

Adamu, aware of the problems in education, suggested his principal should declare a state of emergency in education to give our political leaders some time to think of what should be done with our education. Perhaps, then they will address how to fund 43 federal universities and 49 state universities. The large of number of public and private universities, some 170 in the last count by NUC in 2021, gives but a hollow and false sense of our educational development.

But what did the president do? He did not declare the state of emergency; he did not make the funds available; he showed no will to tackle the rot in the education system. Instead, he chose to compound the problems in the sector by setting up 30 new tertiary institutions, made up of 11 universities, 9 colleges of education and 10 polytechnics. And this, according to the Daily Trust of October 29, 2021, “despite poor funding” of existing tertiary institutions. Presidents do not solve problems by piling on the problems. ASUU has its faults, but it is in defence of the principles in the 2009 agreement.