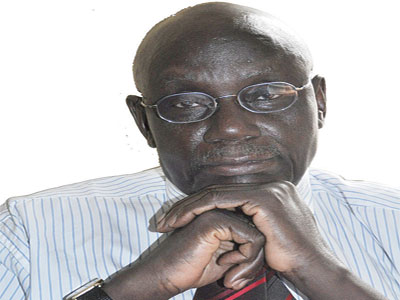 One of my primary school teachers was fond of saying, do as I say, not as I do. I recall it because it seems to me that what was perhaps a simple, jocular, statement by him has become the beloved mantra of our political leaders. They tell us to do as they say, not as they do.

Come to think of it, my teacher’s statement actually says something fundamental about human societies divided into leaders and the led. The rich and the powerful are separated from the poor and the powerless. They are not meant to live the same way; nor are they meant to enjoy the same privileges and freedoms. It would be a very boring world if everyone were to enjoy the same privileges and treat the law better than a piece of paper headed for the trash can.

Much of the reportage in our news media is about the important and the very important people telling the unimportant and the very unimportant people how to live their lives in accordance with their pronouncements. Because they wear their privileges on their sleeves, they feel entitled to tell the people not to steal; but they ignore their own advice and steal and steal big. They tell the people to shun violence; but they recruit, train, and equip thugs ready to break heads and limbs.

They tell the people to be their brothers’ keepers, but they turn brothers against brothers and neighbours against neighbours. They preach religious harmony but fan the embers of religious intolerance and mine religious differences. They say, in the words of our first national anthem, that though tribes and tongues may differ, in brotherhood we stand – as in one people, one nation, one destiny; but they set tongues against tongues and tribes against tribes. They tell the people to shun corruption like the plague, but they embrace corruption and have made a virtue of blatant corrupt enrichment of themselves, their relations, and their friends. Amazing how easily leaders make a vice of virtue.

They are in their elements during religious festivities or occasions meant to deepen the people’s faith in their various faiths. Such occasions call for a pause by the adherents to re-examine their lives and see if they are living and carrying on living their private and public lives in accordance with the tenets of their faith. The Christians have Christmas, and the Muslims have Sallah. At such times, the politicians wax strong in exhorting the faithful to walk in the footsteps of the founders of the faith.

It is not for lack of looking, and looking hard enough, that I am unable to find a single man among our political leaders, all of whom are either Christians or Muslims, living by their own exhortations. None of them lives a virtuous life; none of them follows the tenets of their faith. They are not poster children for fairness, equity, and justice in our country. They lie, they dissemble and they make a virtue of all human vices because in their book, whatever they do justifies the end of power – stolen or captured.

This past week, EFCC put out for sale some 47 mansions seized from some thieves of state. The courts deemed them to be products of corruption, as indeed they are. All their original owners were either Muslims or Christians who quote the holy books. All of them were men and women elected or appointed into high public offices and charged with the safety of our public treasuries at national and sub-national levels.

The bible makes the point that it will be easier for a camel to pass through the eye of the needle than for a rich man to enter heaven. It should be something worth bearing in mind in the second most religious nation in the world – after India. The problem is that we are a nation of faux religiosity.

I know that poverty is a hard sell. If you take out the pursuit of wealth and the good life out of human societies, people are left with nothing to aspire to it. The problem is: when a nation elevates greed, unfairness, and inequity as the cardinal principles of state and individual policy, it takes itself down the arid path of soullessness where injustice replaces justice, inequity replaces equity and unfairness replaces fairness.

In times of economic difficulties, leaders recognise the symbolism of minimal sacrifices such as giving up certain financial privileges or a reduction in their salaries for a certain period to demonstrate that they too share in the suffering of the people. But here we are: with the people groaning under the crushing weight of inflation and with the university teachers grumbling over unpaid salaries, the federal government takes the inadvisable option of increasing salaries in the public sector. You wonder how that will chain inflation or make a different in the lives of the 138 million poor people.

The right of our political leaders to insist that we do as they say, not as they do, is a given by virtue of their position, wealth, and power. But if we must recover the soul of our nation and point it in the direction of our abbreviated collective dreams, perhaps our political leaders must preach less and live a life of virtue, not of vice; protect our common treasuries and refrain from soiling their manicured fingers with Otukpa palm oil; degrade faux religiosity and claim the higher grounds of true religious virtues.

I wish you a new year in a nation renewed in the dreams of our noble founding fathers.