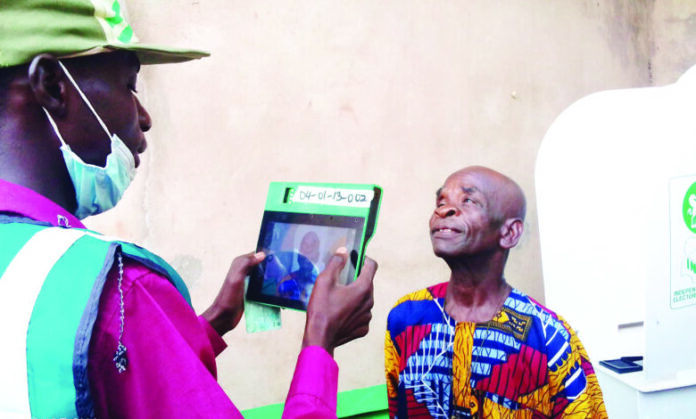 Deployment of improved technology promises to be INEC’s silver bullet

On the day of the Anambra election, Chukwuma Charles Soludo arrived at his polling unit in Isuofia Aguata local government area at about 11:30 am with voting stalled. The critical Bimodal Voter Accreditation System (BVAS) was failing to accredit the more than 700 voters who had been there since 8:00 am. A frustrated Soludo pronounced the technology an ‘absolute failure’ after waiting till 2:00 pm without any sign that the situation was going to improve.

The waiting game continued until about 4:00 pm when technicians of the Independent National Electoral Commission (INEC) came through with the challenge. A relieved Soludo later told journalists: “I always say that I am an incredible optimist and I always believe that somehow it (BVAS) will come through.”

INEC says the deployment of BVAS was the way to go in checking election rigging which takes many forms in Nigeria – ballot box snatching, stuffing them with ballot papers, writing election results, causing chaos during voting or altogether disrupting collation of results.  And that is not even the worst.

Obo Effanga, INEC Resident Electoral Commissioner, recounted how in the 2019 election, thugs who failed to gain access into a ward collation centre in Rivers State, hauled dynamite into the venue.  Everyone scampered for safety, leaving the thugs to have their way.

Effanga then suggested that electronic transmission of results was the only way to reduce the incidence of rigging and violence since it limits human contact with the tally of results.

INEC, knowing that nothing is off limit for desperate politicians who employ rigging as the only route into public office, introduced the BVAS which has the dual function of authenticating voters and uploading the election results of polling units into its Result Viewing (IReV) portal.

Achike Chude, a public affairs analyst who monitored the Anambra election, said “Look, what this thing has done is that it puts the corrupt and dubious politicians in a very difficult situation. How will they manipulate the electoral process if the voting process is concluded through the transmission of votes. How will snatching of ballot papers help them? The BVAS puts INEC in the driving seat. It also reduces the propensity for violence because if you can no longer deploy thugs to snatch ballot boxes, it means that to a very large extent, voters can be kept safe,” he said.

But the hurdle to sanitize Nigeria’s electoral process by means of introducing technology into it does not come easy.

For instance, ahead of the 2019 election, President Muhammadu Buhari had delayed assent to a bill that would empower INEC to electronically transmit election results. He said at the time that the new legislation could create confusion for the election since it was too close to the poll, which was three months away. “Any real or apparent change to the rules this close to the election may provide an opportunity for disruption and confusion in respect of which law governs the electoral process,” Buhari had said at the time.

Perhaps, Buhari was right. But two years after the 2019 election, there was almost no momentum on the side of the legislators to work on the electoral law and present it to the president for assent until Nigerians harangued the lawmakers who then decided to meet them halfway.

When the Senate passed the amended electoral bill, it turns out to be controversial, creating more confusion in election management than improving it. The president had to return it to the lawmakers.

The bill, which the Senate had passed in July, took away the independence of INEC to decide how and when to transmit election results. The lawmakers gave the Nigeria Communication Commission (NCC) the responsibility to make the decision for INEC.

As unpopular as the decision was, 50 members of the All Progressives Congress (APC) in the Senate and two of their counterparts in the Peoples Democratic Party (PDP), had voted to deprive INEC of the power to make decisions on electronic transmission of results.  Only 28 lawmakers of the opposition PDP wanted INEC to retain such exclusive right to make the call on elections and how results should be transmitted. Curiously, 29 lawmakers were absent during the crucial vote.

The amendment elicited outrage from Nigerians because INEC had severally assured that it could electronically transmit the results of elections. INEC National Commissioner in charge of information and voter education had said: “We have uploaded results from very remote areas, even from areas where you have to use human carriers to access. So, we have made our own position very clear, that we have the capacity and we have the will to deepen the use of technology in the electoral process.”

What was the motive of lawmakers in the ruling party in kicking against INEC using technology to deepen democracy?  Is it because they control the military and federal purse, hence, could come top in the game of rigging? Nigerians queried.

President Buhari rose to the occasion when the media, civil society organisations and ordinary citizens mounted stiff resistance against the passed bill. He sent it back to the lawmakers to accommodate the wishes and desires of Nigerians. A win for democracy.

The opposition against INEC’s attempt to reform the electoral process shows that politicians would rather prefer to be declared winners of an election without going through any real contest.

In the process leading to the 2015 election, INEC, under the leadership of Attahiru Jega, introduced the card reader to authenticate voters. The move was resisted by the then ruling PDP.

At the time, its deputy national chairman, Uche Secondus, said: “PDP is not against the use of the card reader for the elections. The position of the PDP has been that INEC should test-run them in order to ensure that they are in perfect condition to avoid problems. We believe that we don’t go into such crucial elections with trial-and-error arrangements. The commission must test-run them and put them in perfection,” he had said.

INEC did not yield to the pressure of the ruling party. It insisted on the card reader and Buhari won the 2015 poll.

In 2021, it is the APC lawmakers that wanted to turn as opposition against INEC.   This time, they have the support of Secondus. “It’s the electoral reform carried out by the PDP administration that prepared the enabling ground that saw an opposition come to power in 2015, to deepen our democracy. Therefore, we must improve on it and put our nation in a positive light in the comity of democratic nations.”

Says Achike Chude: “We are in the 21st century and you want to apply 21st-century knowledge and 21st-century technology to address issues., so from that perspective, it is the right thing to use technology because that is the direction the world is going.”