Buhari’s missed path to getting our education right (1) 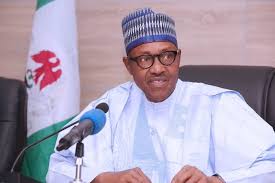 The current ASUU strike is as good a time as any for the nation to pause, even if briefly, from the madness of politics and the politicians and spare some serious thoughts for what it wants to make of its education. Is it to be a tool for national development? Or is the objective to turn our tertiary institutions into empty degree mills and our children anything but educated?

These questions should worry all of us as compatriots. There is no pretending that there are no serious attempts to stop our educational system from its continuing descent into Golgotha. Our political leaders have been ignoring these and similar questions even as they see that the challenges of our educational system have virtually overwhelmed the country. We continue to pretend otherwise to the present and future detriment of our country. Other African countries less endowed with human and natural resources and oil wealth are leaving us behind in the race for modern development because they recognise and fund education as a tool for national development. It is not funny.

The Buhari administration raised my hope a few years ago that the challenges in our educational system could no longer be ignored if the giant of Africa is to transform itself from a giant with midget legs to one with giant legs able to take giant strides in its development. The federal ministry of education organised a special retreat for the executive council of the federation in Aso Rock on November 13, 2017. The theme of the retreat was: Education in Nigeria: Challenges and Prospects.

In his address at the retreat President Muhammadu Buhari admitted that the state of education in our country “calls for serious concern.” He said that the country was already reaping the fruits of decades of its failure to lift up our educational development, to wit, Nigeria has one of the highest rate of illiteracy as well as the highest number of out of school children in Africa. He put the number at over 13 million at the time. Banditry has since made the dire situation even more dire now.

The president recognised “education (as) our launch pad to a more successful, more productive, and more prosperous future.” He went on: “We must get it right in this country. To get it right means setting our education sector on the right path (because the) security and stability of the country hinges on its ability to provide functional education to its citizens.”

I crowed. I thought that in his first two years in office, the president had had the time to look into the problems wrapped around our educational system and come up with a plan firmed up at the retreat to rescue it. Poor me, it turned out I crowed too soon. Instead, the president took a giant step down this strange path, captured by the front-page lead story of the Daily Trust of October 29, 2021: “Despite poor funding, Buhari creates 30 more tertiary institutions.” He missed the path.

The newspaper went on to report that the Buhari administration had so far established 11 universities, 9 colleges of education and 10 polytechnics. Buhari probably achieved his personal ambition to be recognised as the president who has planted more tertiary institutions than any other president in the country so far, but he missed the rescue path altogether and threw spanners into the works.

This is not the critical step needed to rescue our educational system and set it on a new path towards its upliftment. These new institutions, including special universities of doubtful value to our national development, welcome as they may be, sit on an educational system with broken legs. The president has merely piled it on and further cynically burdened the system clearly trying to survive on severely damaged pillars. We pray it does not topple over sooner or later.

As of 2021, according to the National Universities Commission, Nigeria had 170 universities made up of: federal, 43; states,48 and private, 79. Impressive. I am sure these numbers must be outdated by now, because more and more wealthy Nigerians recognise that they become easily richer by exploiting and mining the frustrations of parents and their children for higher education by setting up barely glorified secondary schools as centres of higher learning.

With these impressive numbers we allow ourselves the luxury of the false belief that our country is ahead of other African countries in education. The hard truth is less glamorous and more uncomfortable. We hold the candle to Ghana. Hundreds of our young people flock there to get good university education because that country has steadily pumped good money into its educational development and producing educated rather than empty but certificated graduates.

Educational development is a feeder system. Primary schools feed secondary schools and secondary schools feed tertiary institutions.  We cannot get our education right through the large number of our tertiary institutions alone. Any pragmatic rescue plan must begin at the bottom, not at the top. The brokenness in our education began at the primary school level decades ago. In some of the states primary school teachers go on strike every year to force state governments to pay their monthly salaries. In some of the states, gallant efforts are made by teachers to instruct their pupils under the shades of trees. And all these in the 21st century and in a country with 170 universities. It is beneath contempt.

The consequence of this is writ large in the consistently poor results in WAEC and NECO. Ultimately, it led to this: a few years ago, Professor Charles Soludo, the new governor of Anambra State, said 80 per cent of our graduates were neither useful to themselves nor to the country. The situation has more or less changed for the worse since then. The steady production of certificated but uneducated young men and women by our tertiary institutions has become the cardinal objective in our nation.

It is actually elementary that any attempts to get our education right in order to get our national development right must begin from the primary school as the foundation of our education. This was the path Buhari refused to take. You do not need a builder to tell you that it is dangerous to erect higher floors of an edifice on a building with the foundation of mud blocks. To neglect the primary school and concentrate on building more and more universities, as the Buhari administration has done, is to mock our educational development; it is to persist in the unhelpful belief that the more universities we have, the more educationally advanced our nation is.

Almost every year, ASUU calls out its members on strike to force the federal government to respect an agreement hammered out between the two sides. The university teachers are not being callous, even if they continue to take the rap, thanks to government misleading statements and propaganda. For decades, they have fought for the same things – improved funding for education, improved staffing, better working tools for the teachers, a conducive learning environment for students and teachers and a university system equipped and manned to produce young people with a solid education to be useful to themselves and the country.

There is nothing personal about what they are fighting for. They are fighting for the future of our children and the educational development of our country. That is the meaning of altruism. I am sure the lecturers do not enjoy the interruption of their work forced on them by the government. If a strike action is what it takes to make the important people in government listen to the lecturers, then that is the only path open to them. Demonizing the lecturers as selfish men and women who put their interests above those of their students amounts to over stretching propaganda. (To be concluded. The Guardian/Blueprint, March 25, 2022).