Buhari has put Nigeria on path to prosperity – Tinubu 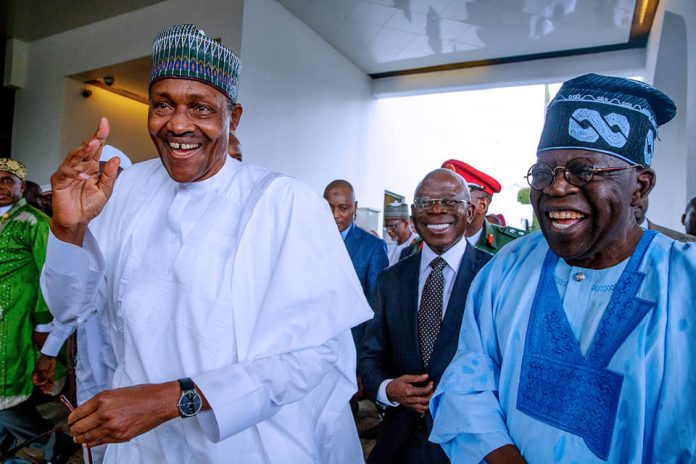 Asiwaju Bola Ahmed Tinubu, the All Progressives Congress (APC) presidential candidate, has said that Nigerians may be hungry but President Muhammadu Buhari has put the country on the path of prosperity.

Tinubu, a former governor of Lagos, spoke on Tuesday at a ceremony to flag off the Kolmani Integrated Development Project (KIPRO) situated on the boundary of Bauchi and Gombe states.

The president officially flagged off KIPRO in the presence of a number of dignitaries.

Tinubu said history would be kind to Buhari because he was a former general who came to rescue his country when things were gloomy.

“Whatever they say in their social media, traditional comments, and write-ups, history will be very kind to you because you are in the class of great retired generals who came to rescue their country,” Tinubu said.

“We may be hungry but we can manage our hunger; we don’t want to kill each other. Today, you gave us a path to prosperity, a path to success.

“The only thing that I may want to exclude and argue about is the West and Europe. They use our coal and fuel to develop their economy and they ask us to be conscious, but I like your answer.

“We cannot stay hungry and starve to death. We have to take care of ourselves unless they pay compensation to us; that is where we stand.”

The presidential candidate said if elected into office, he would ensure that Lake Chad is “recharged” as a means of tackling hunger and insurrection.

“Anytime we discuss the lack of food and the challenges of terrorism, you will talk about Lake Chad. Okay, let me assure you, if I’m elected the president, I will recharge Lake Chad,” he said.