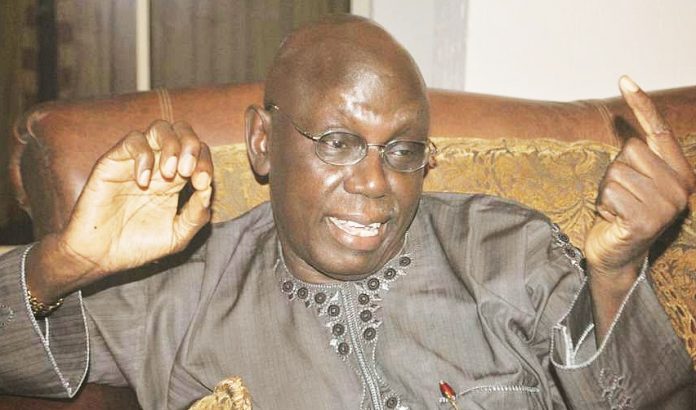 Columnists are writers whose works are published weekly or with reasonable frequency in newspapers and magazines. They burrow into the past, analyse current events and like seers, predict the future. The words of columnists in the past are still ubiquitous in academic settings and continue to inform and inspire writers today.

With this as the background, on October 12, Nigerians from the intellectual community gathered at Centre for International Advanced and Professional Studies (CIAPS), Adeniyi Jones, Ikeja Lagos for a lecture and award ceremony organized by the League of Nigerian Columnists (LNC).

After some pleasantries, the event began with a lecture and afterwards, posthumous awards were presented to legendary columnists including late Lateef Jakande, late Gbolabo Ogunsanwo and the late Henry Olu Jimi Boyo for their service and contribution to humanity.

Lateef Jakande a Nigerian journalist who also served as the first civilian governor of Lagos State from 1979 to 1983, and later Minister of Works from 1993 to 1998 was honoured for his contributions to intellectualism.

He began his career in journalism first with Daily Service in 1949, and he later joined the Nigerian Tribune in 1953. He was appointed editor-in-chief of the Tribune by Chief Obafemi Awolowo in 1956.

The award for late Lateef Jakande was received by his widow, Alhaja Abimbola Sikirat Jakande.

Sir Henry Olujimi Boyo who was a member of the League of Nations before his demise in 2019 was also given a posthumous award. Sir Boyo had written over 500 articles on the Nigerian economy since 2004, published in credible and reputable print media.

Prince Sam Amuka Pemu, journalist, columnist and publisher, who founded the Vanguard, was co-founder of The Punch.

Another living legend who was honoured was Mr. Dan Agbese of the Newswatch fame. A great columnist, stylist and wordsmith, Agbese is one of Nigeria’s most respected and influential writers. He has practised journalism actively for the last 49 years. He currently keeps a column in the Guardian and the Trust newspapers.

While receiving his award Agbese urged young journalists to take the profession seriously. He said, “The first indication that I didn’t choose journalism unwisely is that my first daughter studied Mass Communication at the University of Lagos and she is now a professor of journalism in a US university. Today I am glad to see that I am mentoring young people. Nothing makes me happier than the fact that when I see some young people, they say they were inspired by me. Those of you who are young in this profession must commit to it because to use journalism as a launching pad, you come in, they recognise you, you take a good job and disappear has done a lot of damage to the profession itself.”

Haroun Adamu founder of Adamu Consulting Limited, President of Yale Club of Nigeria and the founder of Zaria Academy; a co-educational boarding School in Zaria, Kaduna State was also a recipient of the LNC award.

Speaking after receiving his award, Adamu laid emphasis on the need to look inwards to solve our problems in Nigeria. He said “we have to begin to look inwards. Lately, there have been some developments in the world’s most established and most respected institution, something no one in this part of the world could think would happen. I’m talking of United States of America. I used to think Nigeria had a patent for the word coup. But the word coup is now being associated with the US. In the United States the word coup is being used in the highest places because that system has been seriously shaken. And we haven’t heard the end of the story. Copying foreign systems should no longer be our pastime because they aren’t perfect.”

Gbolabo Ogunsanwo who took Daily Times to enviable heights received a posthumous award for his contribution to journalism and column writing in Nigeria.

Babajide Ogunsanwo who is a Data Analyst at Channels TV also took to the stage to give his remarks about the award given to his father.

He thanked the LNC for the award and gave his contributions to the discussion on security and human rights.

“I thank the League of Nigerian Columnists for this. One of the reasons the nation is where it is today and we are having this discussion on security and human rights is because there is surplus of poverty and a deficit of humour. Humour doesn’t just come from the heart, it comes from the tummy and as we reflect on the discussions we have had today, it is also a reminder of what our father Gbolabo Ogunsanwo would have said, that we need to have a surplus of humour in our land.”

The event ended the way it started. Plates of small chops and cups of cocktails were served to keep guests refreshed.

The League of Nigerian Columnists was established in September 2018 and is a fellowship of leading columnists dedicated to nurturing and preserving an open democratic and progressive society in Nigeria.