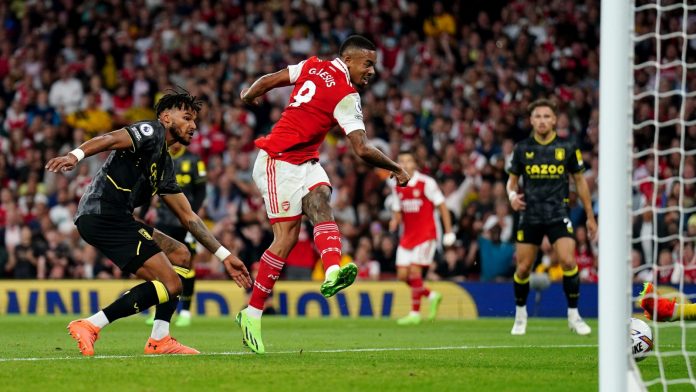 Arsenal emerged victorious at the Emirates Stadium on Wednesday night against Aston Villa to maintain their perfect record in the Premier League.

The Gunners struck in the 30th minute thanks to a gift from their former keeper Emiliano Martinez, who pushed a tame Gabriel Martinelli cross straight to Gabriel Jesus for a simple finish.

Second bottom Villa were level when Douglas Luiz’s corner flew straight past Arsenal keeper Aaron Ramsdale in the 74th minute despite the hosts’ appeal for a foul.

But Arsenal, who came from behind to beat Fulham on Saturday, responded impressively as Martinelli restored their lead three minutes later from Bukayo Saka’s cross to make the game 2-1.