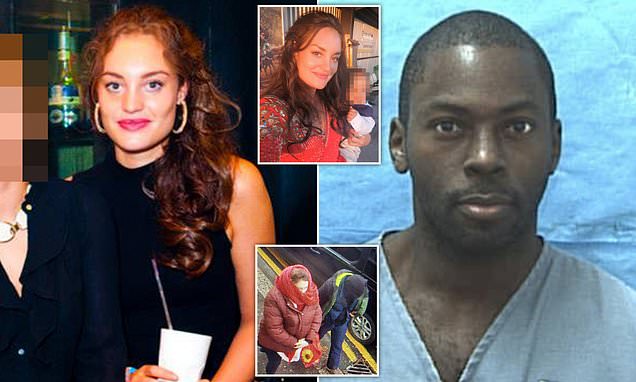 An aristocrat mother in England who is on the run with her baby and rapist partner was allegedly “brainwashed” by an encounter with a controversial Nigerian preacher, a friend has claimed.

Constance Marten, 35, and Mark Gordon, 48, disappeared two weeks ago and are currently being sought by the police.

Now a friend of Ms Marten has claimed that the aristocrat was left traumatised by a six month long encounter with a controversial Nigerian preacher T.B. Joshua.

The daughter of a page to Queen Elizabeth II, she is now being sought by police alongside her partner, a convicted rapist many years her senior. They are thought to be travelling with Ms Marten’s baby, which was reportedly born on the backseat of a now burnt out car.

Ms Marten apparently first came into contact with the Nigerian evangelical preacher Mr Joshua at a course exploring Christian beliefs in London around the same time that she went to university. She would go on to spend six months in Nigeria as one of his “disciples”, a friend told Mail Online.

The experience allegedly had a profound negative effect on Ms Marten, the friend claimed.

“She ended up becoming one of his disciples in Nigeria. I believe she got brainwashed while she was over there. The experience traumatised her,” they claimed.

“She never told us what really happened. T.B. Joshua was a god-like figure. It was scary, and I believe it changed her. It was a huge part of her life.

“Toots used to travel a lot from a young age but when she returned from Nigeria, there were strained relations with her family.

“She was still exuberant in everything, but she found relationships very hard… She was more rebellious. She thought she had recovered, but it was difficult for her.”

Ms Marten hinted at her experiences in a 2013 Facebook post. Commenting on a blog detailing the negative experiences of another woman who had also allegedly been under Mr Joshua’s influence she wrote: “Beth, THANK YOU! The outcome of being involved in a cult has huge effects on a person when they escape. Your character is completely broken apart, and it is difficult to explain to others, thank you xxxxx.”

Mr Joshua, described by some as “prophet”, attracted tens of thousands of followers across Africa and Latin America. Alongside prophecies he often performed supposed exorcisms, sometimes of celebrity followers. He also claimed that water he had prayed over gained miraculous healing powers, once making headlines claiming that his so-called anointing water could cure Ebola. He died in 2021 at the age of 57.

Later Ms Marten would come under the influence of 48-year-old Mark Gordon, a convicted rapist. The relationship would lead to her estrangement from her family.

Police are concerned for the health of the baby and are searching for Ms Marten, Mr Gordon, and the child.

Her father Napier Martin launched an emotional appeal via The Indpendent asking his daughter to turn herself into the police so that she and her baby “can be protected.”