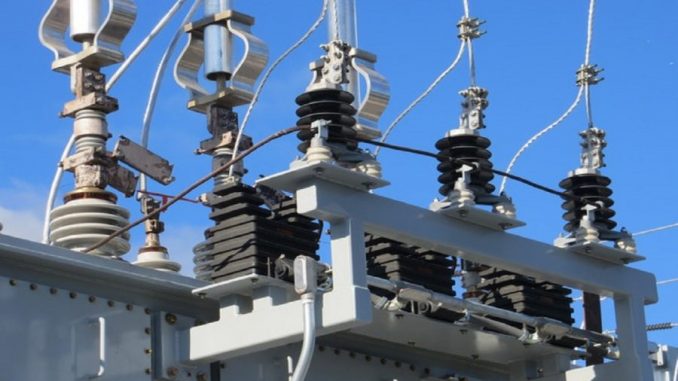 Man may not live by bread alone, but he must live on the promises of his political leaders. A promise is about a better tomorrow. If a promise is broken, abandoned or cynically unfulfilled it casts a shadow on the future for nations and individuals. Nations build themselves on promises of  a better and greater tomorrow themselves and their citizens. A fulfilled promise is a mark of progress. It is also a problem solved.

It is given to politicians to statutorily make promises. In the long trek through the desert from Egypt to the promised land, only they can tell the people what they can do and what tomorrow will bring for them as individuals and as a people. No politician can resist the temptation to market a welter of beguiling promises to the people. And that is how they often put themselves with their reputation oscillating between lies and deception. Both before and after he assumed power as president, Buhari made some grand promises consistent with his mantra of change.

Here is one such promise. In 2015, President Muhammadu Buhari, fully aware of the shame and scandal in an oil-rich country whose citizens still depend on the same sources of light their grandparents used, promised to end the national frustration – and there would be light. We were about to be freed from the vice-grip of the generator cartel. Our nation was about to cease being the dumping ground for all manners of generators from all manners of manufacturers.

In 2016, the president told the National Economic Council that his administration would raise power generation from whatever level it was at the bottom of the pit to 10,000mw in the next three years. To show he meant business, he said that in 2016 power generation would rise by 2,000 mw. He said, “Nigeria’s favourite talking point and butt of jokes is the power situation in our country. But, ladies and gentlemen, it is no longer a laughing matter. We must and by the grace of God we will put things right.”

At the time he made the promise, the giant of Africa, the country with the largest economy on the continent, was struggling to generate between 2,500 mw and 5,000 mw. Still, the drums rolled, and the applause shook the house.

The president’s party, APC, the new kid on the block to which millions flocked in 2014/2015, had actually committed Buhari to a radical improvement in power generation and distribution. The party leaders realised that a modern economy such as ours, could not be run with power generated by firewood. Electricity is the way to go but electricity had fazed every one of our rulers, in khaki or agbada. Millions of dollars had been spent on it and still the curse of epileptic power persisted – and persists.

APC believed that if South Africa could generate and distribute 45,000 mw of electricity to meet its modern development needs, Nigeria could too. In its manifesto, the party wrote: “The APC government shall vigorously pursue the expansion of electricity generation and distribution of up to 40,000mw in four to eight years. The party will also work assiduously at making power available from renewable energy sources such as coal, solar, hydro, wind, and biomass for domestic and industrial use…”

Surely, if the country could harness all these sources of power generation, the generator merchants, the leeches on our economic development, would be put out of business for good. But for all its robustness as an important political promise sure to move the people, it was the robust sound of unrealistic political promises uttered to public applause. I know of no serious national efforts to harness solar or wind system to our national benefits. Our thermal and hydro-power systems are sclerotic – hence the curse of epileptic power that has humbled all our leaders so far. And also hobbled our steady march along the highways of modern development. It was not unrealistic to think that Buhari could make the difference and defeat what had defeated his predecessors. But our fond wishes appear to have turned out not to be horses.

It has been almost seven years since the president promised to end the joke about power generation and distribution in the country. The joke still makes the rounds. The promised 2,000 mw in 2016 did not happen; the 10,000mw promised to happen in three years thence, did not happen. The nation remains in the lurch or rather avoidable darkness with the result that big, medium, and small businesses are routinely paralysed. The irony is that despite their poor services, the distribution companies still impose higher tariffs on electricity consumers. We pay more for less.

It has been almost seven years since the party articulated its grand policy on power. But it has been seven years of the same solution with the same results. It has been seven years of opacity in the power sector. We do not know how much the various federal administrations have spent on power generation and distribution since the return to civil rule in 1999. Under Obasanjo, Yar’Adua and Jonathan administrations, the figures regularly bandied about were $11 billion and $15 billion. The Buhari administration could not but have spent much more with the same dismal results. Power remains embarrassingly epileptic. About two weeks ago as of this writing, the national grid collapsed twice in one week with power generation dipping below 2,000mw in a modern nation of more than 200 million people.

Sometime in 2019, the Oba of Benin, Omo N’Oba N’Edo Ewuare II, and members of his traditional council visited the president in Abuja to solicit for his intervention on what the revered traditional ruler described as a “pathetic situation” to which the power situation in Edo State had degenerated. He spoke for us all. No part of the country is without the epileptic electricity pain. Buhari was honest enough to admit that his administration’s record had not been “good enough.” In a statement later issued on the meeting between the president and the oba, the president’s special adviser on media and publicity, Femi Adesina, quoted the president as having said that “We are doing our best, but, obviously, our best is not good enough yet.”

As the president enters the twilight zone of his eight years in Aso Rock, he must spare some thoughts on his plethora of promises he made before and since taking up residence in Aso Rock. These promises, fulfilled and unfulfilled, will define him, his administration, and his legacy. Consider: “I will kill corruption before it kills Nigeria;” “Giving up to 20 per cent of the national budget for the educational sector while also making substantial investments in training quality teachers at all levels;” “Upgrading all federal government owned hospitals to world class facilities within five years;” “Creating a crime squad to combat terrorism, kidnapping, armed robbery, militancy, ethno-religious and communal clashes in the country.” Many of his promises have either fallen or are falling on their faces.

It does not take rocket science now to see that many of the problems Buhari promised to solve will outlive him and will be the sources of promises by those who seek the people’s vote to replace him in Aso Rock. No big deal, actually. Nothing fails like a political promise. But politicians fail upwards. A garland awaits a man who is transformed into a legend after he leaves office. You cannot crucify a political leader for failing to fulfil his promises. After all, a promise is merely a statement of intent made in the hope that if the gods give someone political power, they will stand shoulder to shoulder with him to help him keep his promises to the people. The gods tend to be remiss about this. If it is any consolation to Buhari, one of the Napoleons was quoted as saying that promises are made to be broken.

(This is an occasional column to be continued)