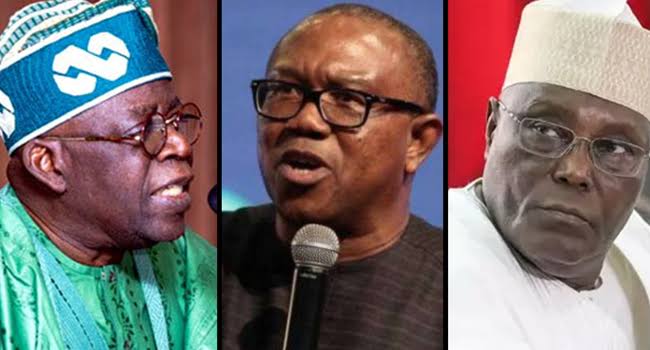 Political campaigns are the means by which parties market their candidates to the electorate. Arguably, the campaigns should be positive, dealing with the saleable points of an individual in the run for the ultimate political crown, the presidency. But in a competitive environment such as are fostered by opposition politics in a democracy, political campaigns are also about marketing and de-marketing individual candidates for elective offices.

A political party markets its candidate as something close to an angel; the opposing political party de-markets the same candidate as evil in baban riga. So, the mud flies; lies are told, and what was buried long ago is exhumed and presented to the public as evidence that the candidate is not a fit and proper person for political leadership. It is vicious but it is the way the game is played, and it is the way the game is won or lost.

Negative political campaigns have their uses. They are hostile but it would be foolish to deny that as part of the democratic process, politics would be the same without them. Politics would not be politics without allegations and counter-allegations freely indulged in by the candidates and their supporters. The rest of us find them entertaining. They possibly help the electorates to make informed choices from weighing the good and the bad in every candidate for an elective office. Their purpose is anything but altruistic. They seek to destroy. When one political party destroys the candidate of an opposing political, the road is cleared for it to breast the tape.

Negative political campaigns are part and parcel of democratic politics. Ask the Americans. They are games in words, and they are war in words. They have also hardened into a tradition. In a country such as ours given to combative politics, a gentleman political party that chooses not to indulge in negative campaigns risks being dismissed as spineless. In the Second Republic, Alhaji Waziri Ibrahim, one of my favourite politicians of the era, preached politics without bitterness.

He chose to play politics in a manner that hurt no one. People tended to see him as Charlie-Charlie and a pacificist who missed his way into the combative political arena. But his party, GNPP, won two states and in the general elections of 1979, evidence that peaceful and positive political campaigns are not anathema in politics. He had a good voter spread too in the presidential election. His politics without bitterness resonated with millions of people who bought his political gospel. It is a point worth bearing in mind.

It should be possible for us to take another serious look at the current negative political campaigns and see if they do not do more harm than good in our leadership recruitment process and in deepening our democracy. Does airing a man’s dirty under wear in public really help the electorate to make an informed judgement on his suitability or lack thereof for the elective office he seeks?

Negative political campaigns are propaganda and as such, they look only at the bad side and bury the good side of a particular candidate. The skeletons rattling in a big man’s cupboard are only reminders that each one of us has secrets he is not proud of. No man is without a past he would rather not remember. Some learn from them and become better human beings – and even better political leaders. If you hold every man’s youthful excess against him, none of us would pass muster as potential leaders. I suppose that is why people repent and others go even a step further and are born again.

Negative political campaigns bring out only the worst among our politicians. They assume the right to insults one another. Negative political campaigns do not provide the electorate with untainted information about those who seek to lead us at every level of our national politics. They feed the electorate with misinformation, fake news and outright lies. We are overwhelmed by an avalanche of negativism. We cannot separate the facts from fiction; we do know which news is true and which is fake. Truth is bleeding. This is a plea for positive political campaigns as part of the leadership recruitment process that duly recognises the fact that we are neither electing a pope nor an imam.

There is so much negative information about the presidential candidates: Senator Ahmed Bola Tinubu (APC), Alhaji Atiku Abubakar (PDP) and Mr Peter Obi (Labour Party). They are the front runners in the presidential election. All of them have all been tarred and feathered in the political campaigns as unfit for leadership for reasons that are as solid as a ball of akamu. They are accused of sundry acts of leadership failure including corruption. Some of the allegations are reckless. Nearly all of them are empty of facts but full of threats of exposure. One of them, warts, and all, will be elected president next month. He will carry into his new office the baggage of a question mark arising from what we have been fed with in the social media by his political opponents.

It is important for us to know all we need to know about these men so we can each, all things being equal, make rational decisions on election day next month. Political campaigns should be carried out with a great sense of balance. In every election circle, the nature of the political campaigns determines what happens in a new administration and points to what will happen in the next election circle. Bitterness has a long shelf life, even more so among politicians who have the monopoly of short memories. No man is all good and no man is all bad. Everyone has the good and the bad in them.

From the avalanche of allegations and counter-allegations, do we really know what should qualify or disqualify Tinubu, Atiku and Obi?

We should move our national politics from the current indulgence in brickbats to a higher level where facts matter more than sentiments and the citizens ask critical questions of those who put themselves up for leadership because of the people. We have issues that agitate us as a people and as a country. We should encourage the candidates to convince us that they know where our nation’s shoes pinch all of us.

This, I believe, should define the nature of our national politics. We should see beyond the vicious propaganda that markets a man’s competence, capacity and qualitative leadership but again and again pushed us down the garden path of wrong choices at national and sub-national levels. The angel dressed up in baban riga turned out to be anything but angelic. If everyone who goes through the pearly gates of the political kingdom as a potentially good and competent leader spends his allotted constitutional time in office and comes out smelling like Ajegunle gutter, then the fault is in the choices we make with the information at our disposal and not the fault of the hero turned a thieving villain.

Glib talks about what the candidates can do to rescue the national economy, make us safe again in our country and unite the country for the common cause of nation-building, are just sweet but glib talks. These are over sold promises from one election circle to another. Check the records, see what each of our leaders promised against what they did and what they left behind as their so-called legacies. It seems to me, and I truly tremble about this, that if we do nothing to change the nature of our national politics and recruit our leaders through a rational rather than sentimental assessment of their capacity for service and leadership, then this nation will continue to be poorly served by narrow-minded men who love power more than they love the country and its people.

The ball is in the court of the electorate. More of the same?